The focus is not on Modi, Godhra, or the quake, but the implications of political eve­nts in the personal space. 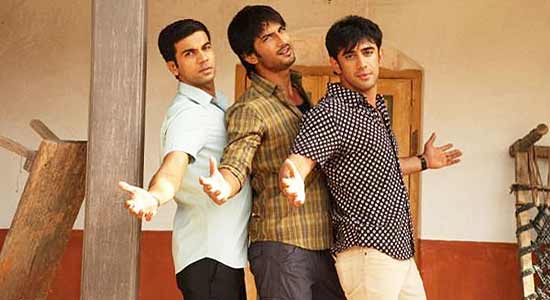 Judge it on the parameter of the time-honou­red cliches of Hindi cinema—there are eno­ugh strewn in Kai Po Che to rile and irritate you. In fact, broad brushstrokes hit you right from the start—the quintessentially Bollywoodian ‘coming out of the jail’ sequence—to the ‘tie up all the loose strands’ ‘all’s well that ends well’ resolution. From the lust and longing in the dandiyas to the ‘Hindu’ saffron and the ‘Muslim’ green. But somewh­ere Abhishek Kap­o­or’s film manages to find its own distinct voice bey­ond these general simplifications. Primarily, because it builds well on the relationship of its three...