Clandestine love has to be made of sterner stuff than KANK. 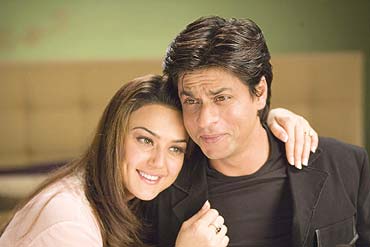 Despite an unprecedented media hype, Karan Johar’s KANK remains a largely underwhelming experience. It’s overlong and plodding but the core problem is the two key players, Dev (SRK) and Maya (Rani) and their extra-marital relationship, which is neither convincing nor moving enough to make a connect with the viewers.

Karan does make some calculated departures. He looks at infidelity in a non-judgemental way, doesn’t take any moral stand on the issue and doesn’t resort to the usual sindoor and mangalsutra tripe. But, like his earlier films, infidelity too gets grounded in the familiar friendship versus love debate. Should you marry someone just because you have fallen in friendship than in love? What should you do when true love comes after marriage? And so you have Dev and Maya, both rude, bad-tempered, whiny, grouchy,...