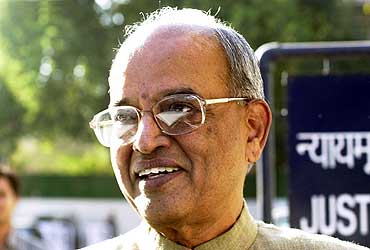 outlookindia.com
-0001-11-30T00:00:00+05:53
You haven't heard the last on the resignation of Justice K. Venkataswami, the one-man commission inquiring into Tehelka's expose on corruption in defence deals, just yet. Having presided over a high-profile inquiry for 20 months and conducted 181 sittings—in the face of subtle and not-so-subtle pressures—Justice Venkataswami's resignation has come as a reprieve for the Vajpayee government. Unfortunately, the judge's hasty exit comes at a time when his findings were ready for release. This has been embarrassing for the government, to say the least.

Was Justice Venkataswami made a victim of political shenanigans (his second assignment, as chairman of the Authority for Advance Rulings, was formalised in May this year)? Was the Congress' outcry against his appointment in Parliament last fortnight used as a ruse to scuttle the probe, and then force his resignation? And finally, what forces were at work that left Venkataswami no option but to take the fall?

Three days after he put in his papers, Outlook spoke to a visibly upset Justice Venkataswami, but he...