Should judges be judged? The answer, in view of allegations of misconduct, is obvious. The debate is on how to do it. 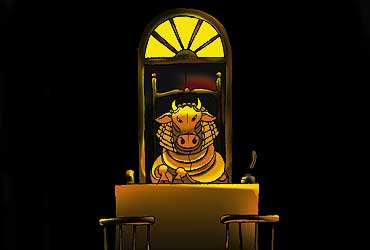 outlookindia.com
-0001-11-30T00:00:00+05:53
Three years after the conference of chief justices resolved to adopt a code of conduct for the higher judiciary, recent charges of misconduct by judges of various high courts have once again focused attention on the need for a strong dose of judicial accountability. The charges are serious enough—from sexual harassment to carousing in a restaurant to nepotism—to have prompted Supreme Court Chief Justice G.B. Pattanaik to conduct independent inquiries into all the allegations. If personally satisfied that there is a prima facie case, he says he may even ask the concerned judges to resign.

While Justice Pattanaik (see interview) believes that the Supreme Court's in-house procedure for dealing with such cases is adequate, many legal experts feel Parliament must enact a law to make the code of conduct for judges mandatory. Says former CJI A.S. Anand: "Judges are accountable to one billion people. With that in view, a committee of SC judges drafted a code of conduct (Restatement of Values in Judicial Life) which was adopted by all the high courts. We also drafted a procedure...