A man of law is again the architect of a new politics. The parties piggyback on the people. Updates 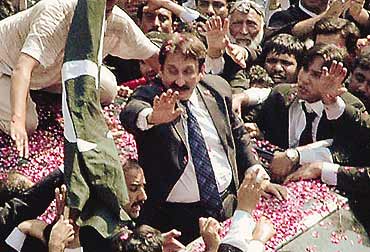 When the suspended chief justice of Pakistan, Iftikhar Mohammed Chaudhry, stepped into the four-wheel drive in Islamabad to begin his 260-km travel to the High Court Bar Council in Lahore, nobody in Pakistan had quite thought the day—May 5—could herald Pakistani democracy's