Jack Of Clubs And The Cardsharps

It’s reshuffle season. His grip over ministry, party, boss and khakidom has slackened. Even so, the loose cannons may not get Arun Jaitley. 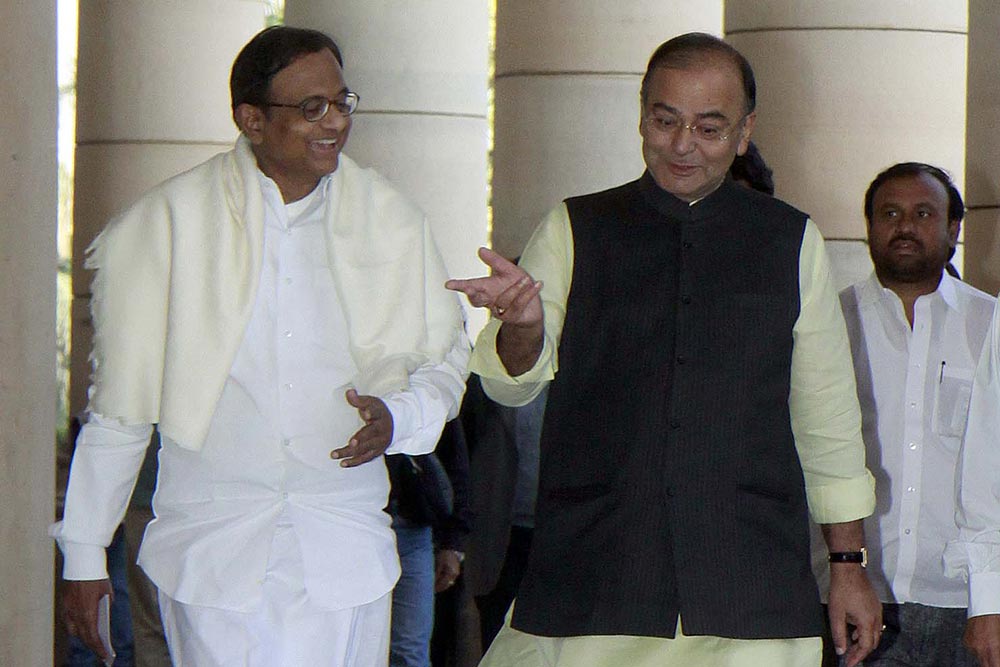 Chidambaram and Jaitley in 2012. The RSS abhors their affable ties.
Photograph by Getty Images
Uttam Sengupta July 01, 2016 00:00 IST Jack Of Clubs And The Cardsharps

Even in the best of times, writing about Arun Jaitley is a treacherous exercise—like walking into a landmine an advance party has marked out. Last year, when a less-than-flattering profile of the portly Union fin­ance minister appeared, the few advertisements the publication received from PSU banks apparently started drying up bec­ause someone made phone calls from North Block. There is, of course, nothing to prove gossip like that. And Jaitley himself, as a raconteur who loves a good story—a ‘neta’ who cut his teeth during Indira Gandhi’s emergency—would be loath to having his name associated with such perfidy. After all, he is also the I&B minister, and has been reassuring the nation that censorship would be impossible today. But gossip has a strange way of revealing the Freudian part of truth.

And, as the gossip mills start whirring with news of a cabinet reshuffle, the buzz is if the RSS was sending signals to Narendra Modi on the man it has always considered a bit of an interloper in the BJP. The PM’s televised rap...