So says the senior fellow in foreign policy studies at the Brookings Institution, Washington, who has written papers on both the Indian and Pakistan armies. 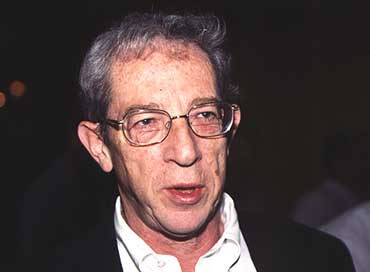 Jitender Gupta
Saikat Datta November 24, 2008 00:00 IST 'It's Not Surprising That Pro-Hindutva Groups Have Followers In The Armed Forces

outlookindia.com
-0001-11-30T00:00:00+05:53
Stephen P. Cohen, a senior fellow in foreign policy studies at the Brookings Institution, Washington, has written papers on both the Indian and Pakistan armies. Excerpts from an e-mail interview with Saikat Datta:

It’s a myth in that every army is affected to some degree by political developments in society; Huntington wrote about this, and "objective" civilian control rests upon keeping the armed forces separate from society and its turbulence. In a democracy—whether the US or India—the separation cannot be enforced, you can’t keep soldiers locked up, but it is important to stress professional values and virtues, rather than political ones, let alone try to use the army for political or cultural indoctrination. We’ve seen that happen in Pakistan where the battle between professionalism and an ‘Islamic’ army resulted in some officers heading down the revolutionary path.

Much is said about political and cultural groups adhering...