"It’s Not About The Slogan. By Throwing Challenges, Owaisi Is Reviving Separatism." 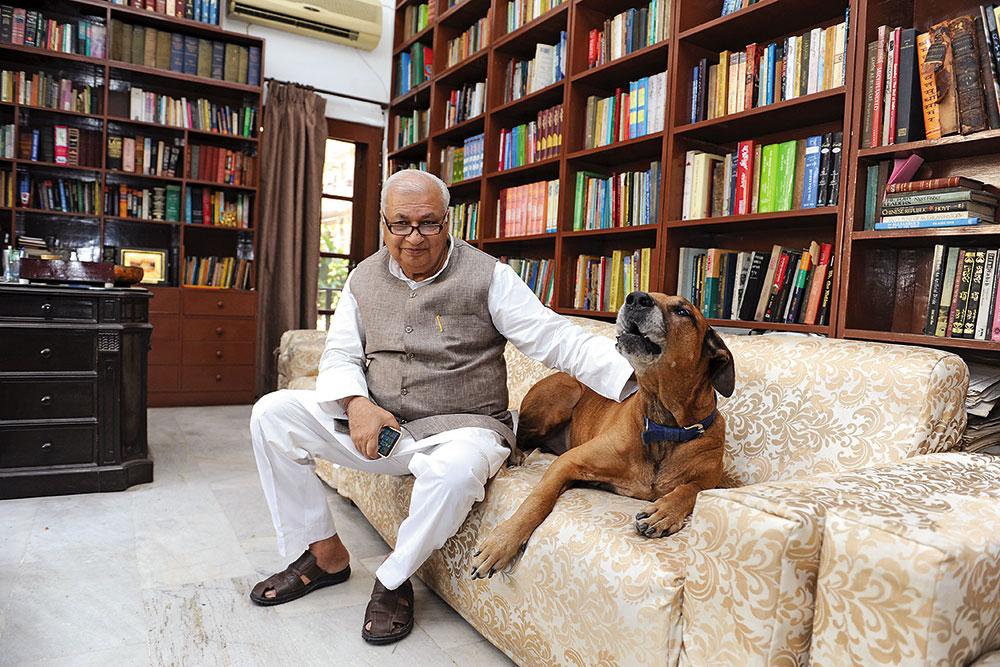 Photo by Jitender Gupta
Bula Devi March 25, 2016 00:00 IST "It’s Not About The Slogan. By Throwing Challenges, Owaisi Is Reviving Separatism."

Arif Mohammad Khan, a minister then, quit the Congress in 1986 in protest against the government’s handling of the Shah Bano case. After Khan was asked to defend the Supreme Court judgement in favour of relief to divorced Muslim women, the Congress government had backed out under pressure from the All-India Muslim Personal Law Board. Khan later joined the BJP for a short while, but for the last 11 years, he has not been attached to any political party. He supports the suspension of AIMIM MLA Waris Pathan in the Maharashtra Asse­mbly, in an interview with Bula Devi:

Do you think the Congress is increasingly playing the soft Hindutva card for votebank politics?

I do not see the Congress playing any Hindutva card. The Congress is the party of the national movement and it is natural that people expect them to pursue nationalism and secularism which inspired our freedom movement.

Do you remember any instance from the past in which the Congress played soft Hindutva card and it boomeranged?