'It's Necessary Info, But Spectrum Data Is Not Made Available To TRAI'

TRAI chairman says the the regulator has nothing to do with the decision that led to an alleged loss of Rs 60,000 crore 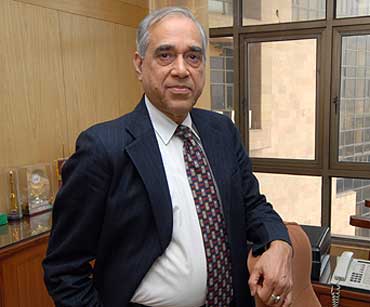 Jitender Gupta
Arindam Mukherjee December 22, 2008 00:00 IST 'It's Necessary Info, But Spectrum Data Is Not Made Available To TRAI'

outlookindia.com
-0001-11-30T00:00:00+05:53
The spectrum scam has pitted Union telecom minister A. Raja against the sector's regulator, the Telecom Regulatory Authority of India (TRAI). Both have diametrically opposite views on the government's decision to issue telecom licences on a first-come-first-served basis in November 2007, which has led to an alleged loss of Rs 60,000 crore to the exchequer. In an interview with Arindam Mukherjee, TRAI chairman Nripendra Mishra sticks to his stand that the regulator hadn't recommended this route. Excerpts:

My observations are not to be seen as a comment or counter-comment on government decisions. However, there is an issue—the first-come-first-served policy—on which there is a lot of confusion. Let me clarify that no such phrase for sanction of licence has been mentioned anywhere in any recommendation of TRAI. But as an administrative practice, it is followed in the WPC (Wireless Planning & Coordination) wing for spectrum allocation. There, this is followed and it does not...