Frost-bite at the summit for Captain Cool? 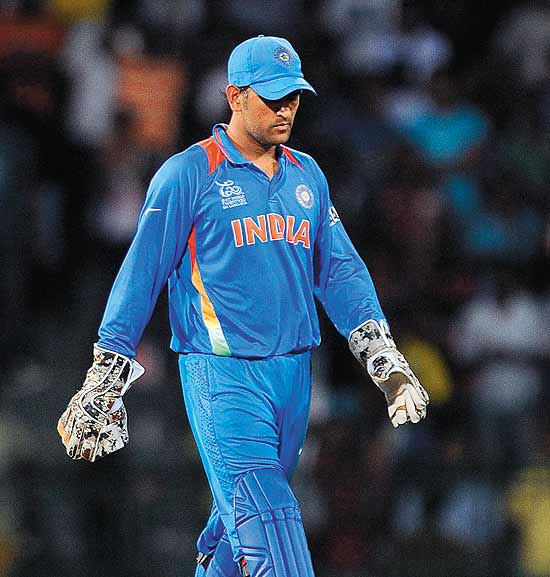 As captain, Mahendra Singh Dhoni’s eye-popping ascent began with the triumph in the 2007 T20 World Cup. Its 2012 edition may well have flagged off a jaw-dropping descent. With India bowing out of the tournament, the third successive time the team has failed to reach the Super Eight stage under Dhoni’s stewardship, the knives are well and truly drawn. Suddenly, questions are being asked of his choice of playing eleven, field placements, his super-cool attitude, even his superstitions.

As if on cue, K. Srikkanth, who relinquished his duties as chairman of the selection committee just a fortnight ago, popped up on television to say that the BCCI might now want to re-examine if it wants a common captain for all three formsof the game; that’s short-hand for stripping Dhoni of some of his responsibilities by farming out the captaincy. With the anchor egging him on, Cheeka blurted out: “Of the players on display, Virat Kohli looks to have the best potential as a future India captain.”

The first questions over Dhoni’s leadership had...