It's A Buyer's Market

Don't beg or steal. For borrowers, there's money out there and it's cheaper, more accessible than ever. 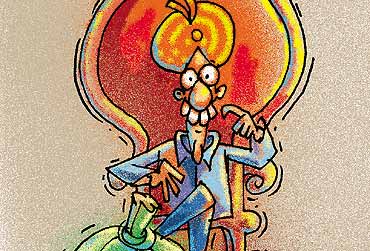 outlookindia.com
-0001-11-30T00:00:00+05:53
A surfeit of lenders flush with funds and engaged in a cut-throat war for your custom, tumbling interest rates, quick processing applications, freebies—it keeps getting better for people looking to use other people’s money to buy assets for themselves. Budget 2003 has thrown in another sweetener by effecting a one percentage point cut in the small savings rate, the trickle-down effect of which will pull down interest rates across the board. For prospective borrowers, this means cheaper loans. Also, fears over tax rebates on home loans being withdrawn—as outlined by the Kelkar Committee on direct tax reforms—have been allayed for now. This segment could now lead the retail lending mart into another year of high growth.

Retail lending has come into its own over the past few years. Initially, it was private banks and finance companies who led the charge. With public sector banks (PSBs)—who have ready access to low-cost funds and a nation-wide reach—now getting into the act, competition is hotting up. Says Rupert Almeida, GM, projects and retail banking, Bank of...