ISI To ISIS: The New Code 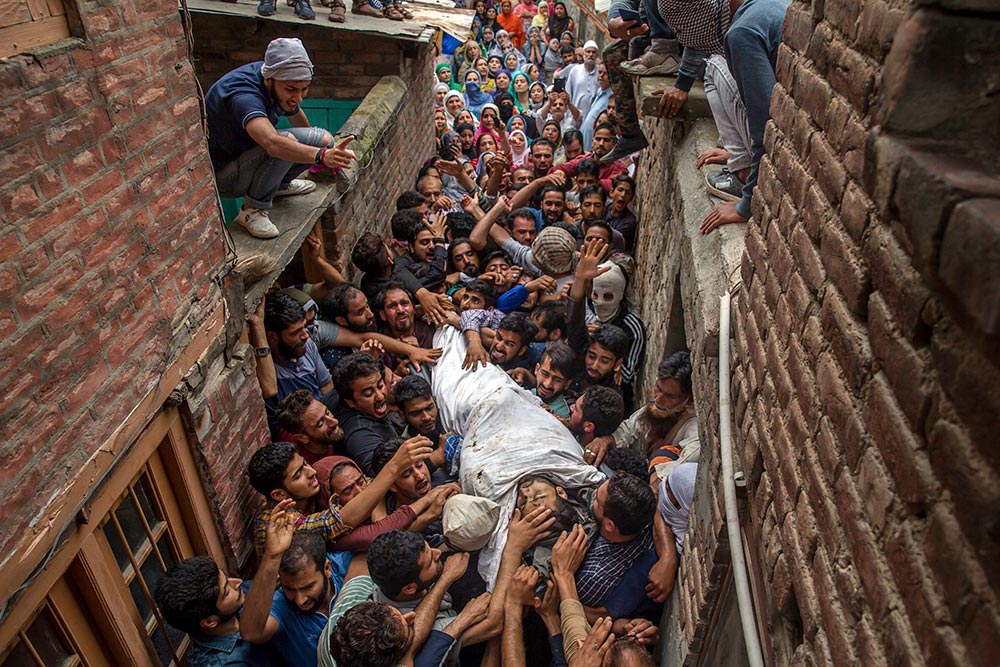 Soon after Sajad Ahmed Gil­kar’s body was brought to his home in downtown Srinagar on July 12, youths who led the fun­eral procession of the young militant did something unprecedented in the history of Kashmir’s insurge­ncy: they waved black flags. The colour, representative of the Isl­amic State terror group, has brought to the fore new ideological faultlines in the restive Valley, where Pakistan’s national flag is a usual sight on such occasions of loud protest.

At Nowhatta, men demonstrating support to 26-year-old Sajad and his separatist ideology also shouted slogans hailing Hizbul Mujahideen militant Zakir Musa. Exactly a month before it, 23-year-old Musa had proclaimed that Kashmir struggle was all about Shariat and shahadat (martyrdom). What’s more, the Pakistani flag, he proclaimed, doesn’t fall within the “pure realm” of the Quran-prescribed Islamic guidelines “because there is no Kalimah (declaration) insc­ribed on it”. The militant conglomerate of United Jihad Council distanced...