Among the New Generation of actors, his ability to set every role on a slow, crackling flame has set new standards of excellence 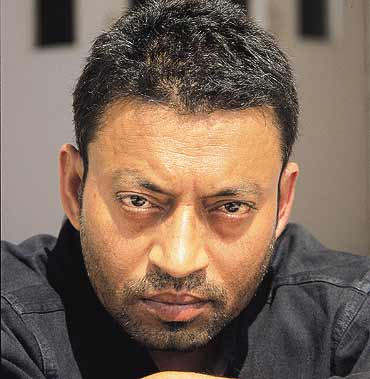 outlookindia.com
-0001-11-30T00:00:00+05:53
It took a long wait, over a decade, for Irrfan Khan, 40, to become a name in Bollywood. The National School of Drama student always had his eyes trained on the big screen but the breaks took a long time coming. His debut itself was jinxed: a cameo in Mira Nair’s Salaam Bombay eventually got chopped at the editing table.

A series of forgettable roles in pedestrian TV serials and films followed, until Irrfan finally got the role that did justice to his huge talent—in Vishal Bharadwaj’s Maqbool. As the smouldering Indian Macbeth, caught between his loyalty to the boss and his longing for the boss’s moll, Irrfan had the audiences riveted. Then came a very different kind of role in Mira Nair’s The Namesake—as the gentle, introverted Bengali professor Ashoke, trying to make a life in an alien land. It won him rave reviews internationally. In both films, he impressed by his ability to inhabit the character, depicting the many layers and nuances with just a few words, facial expressions.