India’s long-standing tradition of ahimsa must continue forever. Otherwise the 21st century can turn out to be bloodier than any. 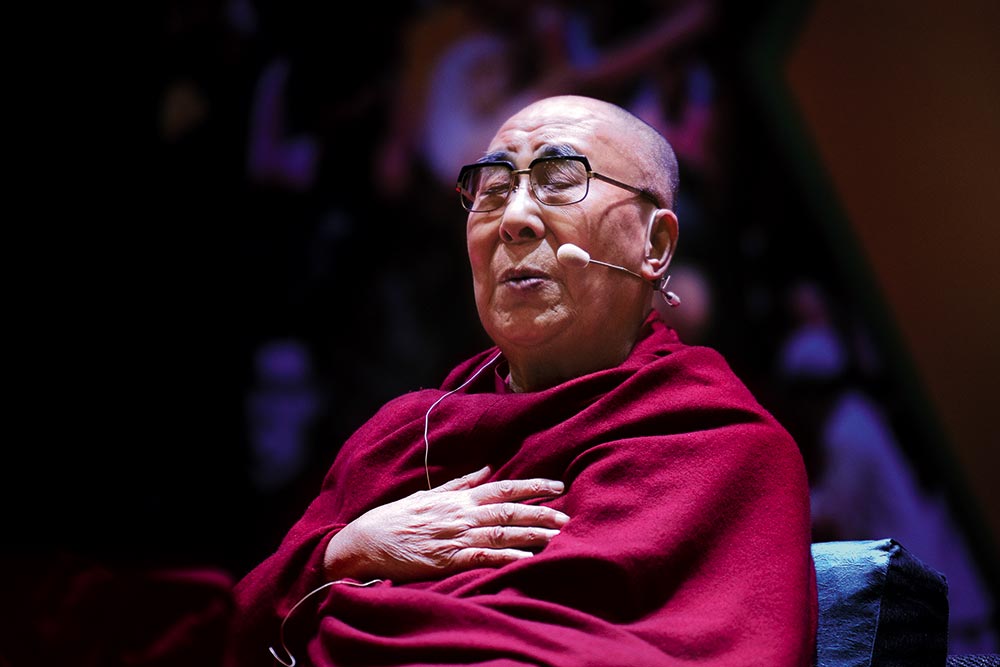 These days, when I wake up in the morning and start my meditation, I often wonder how many people have been killed and how many children have starved to death while I peacefully slept. Violence in the name of religion is unthinkable. The 20th century was an era of violence that resulted from lack of far-sightedness—giving in to destructive emotions, and lack of moral principles. This was made worse by a belief in the use of force to solve problems.

We have to stop and think—if we go on like this, the 21st century will be an era of violence and suffering like the century that went before. For someone who is 82 years old like me, there isn’t much to worry about, but those who belong to the younger generation today need to question whether this is what they want. Much of the suffering we face is of our own making. We have to ask how we can reduce and counter the problems we have created.

Wherever I go, I remind people of the oneness of humanity, this is the essential message of all the major religious traditions. Religion is wonderful. All our...