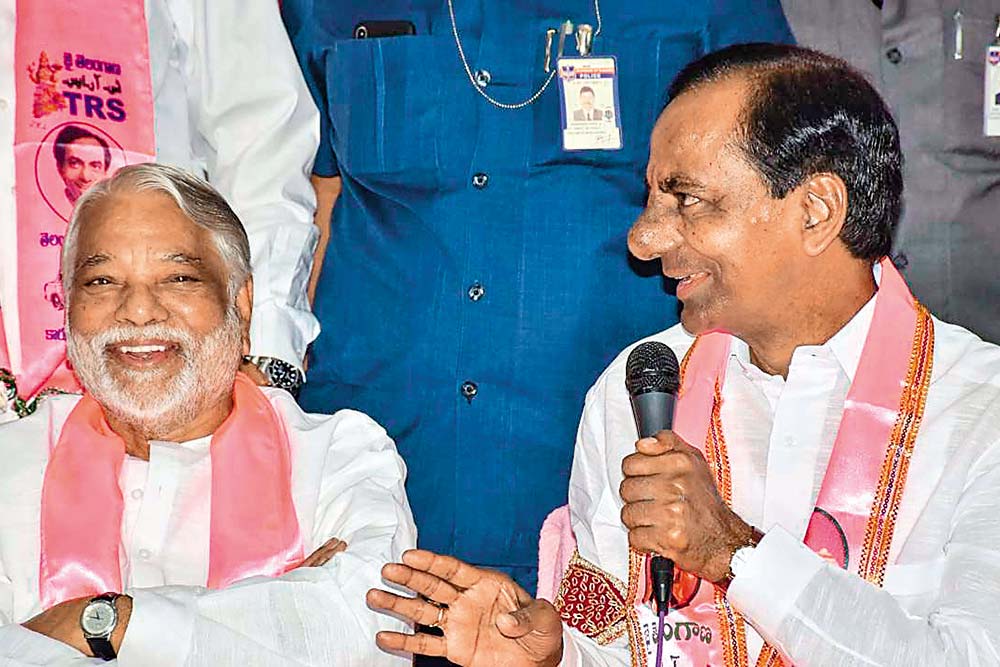 The wide appeal of Telangana chief minister K. Chandrasekhara Rao is complemented by a few trusted ministers in the party backroom. Kancherla Keshava Rao, or KK, as he is fondly called, is the most visible among them—and the most effective, if party sources are to be believed. Elections: Number Game

His persuasive skills proved to be of great help to KCR during the final push for a separate Telangana state to be hived off Andhra Pradesh, when the Congress-led UPA ruled the Centre. Keshava Rao is instrumental in restraining KCR from merging the party with the Congress immediately after the bifurcation of Telangana was ratified in the Parliament in 2014.  It is said that he convinced KCR with the argument that people will not forgive him if the party is merged with the Congress.

It is in a sense ironic that Rao became one of the protagonists of the Telangana movement. He was an integrationist when the first separate statehood movement was spearheaded by stalwart Marri...