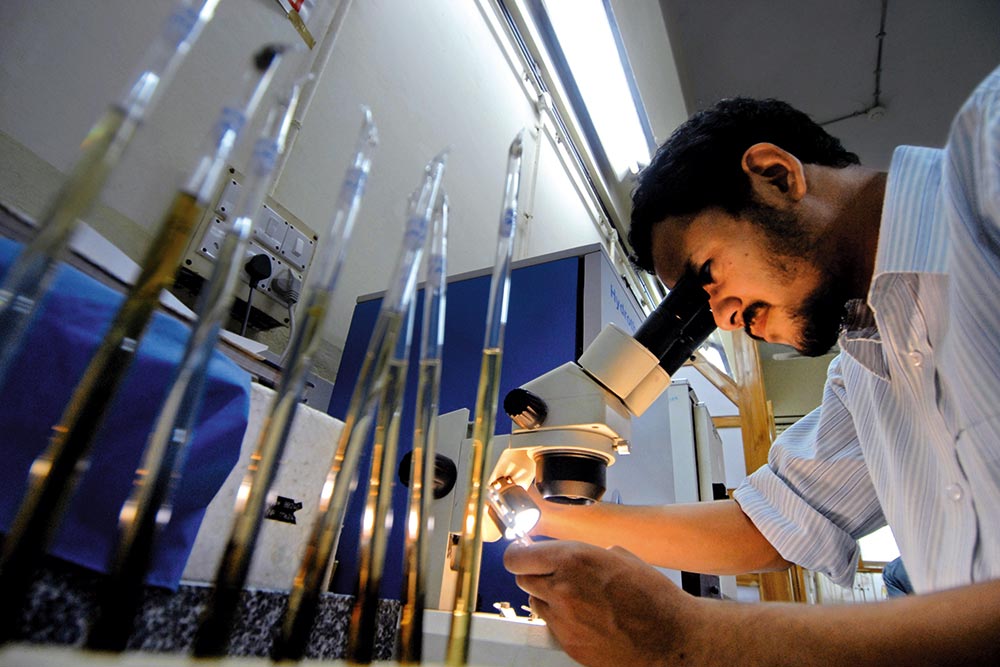 Ajay Singh (name changed), a researcher in the United States, was interviewed at a public university in the US for an assistant professor position. To his surprise, the search committee asked him to discount papers he had ­published in India and talk of research that he had conduc­ted and published in the US, Europe and Australia. The distrust among Western academics of research conducted at Indian universities runs deep.

No Indian institution figures among the world’s top 150 universities, according to QS World Uni­versity rankings. The highest-ranked institution—IIT-Bombay—is 162nd on the list, and despite the faculty at a few IITs and IIMs doing high-quality research, it is central and state universities that form the bedrock of Indian academia. The need to improve the quality of res­earch is urgent; the path to doing so, however, is full of impediments.

India spends less than one per cent of its GDP on research, which leads to a lack of adequate funds for researchers. “Funding of research projects by governmental bodies in...