Pakistan's not the best of our friends, but India should play stabiliser 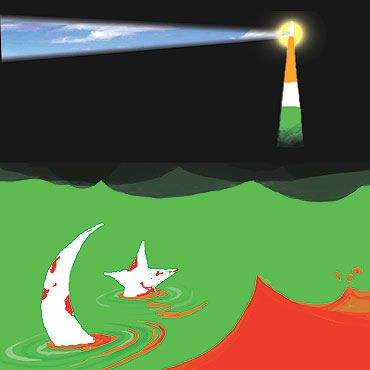 outlookindia.com
-0001-11-30T00:00:00+05:53
Pakistan is in a big mess. Its internal decay is advancing at an alarming pace. The government's authority has seeped away through rapid reversals of policy and embarrassing genuflections before its foes. While politicians weaken, fundamentalist forces have become more assertive and are able to impose their will on the state. The Taliban are on the rise, extremist violence is seemingly unstoppable. A crippling economic crisis afflicts the country. Faced with these dire problems, the civilian leadership appears ineffective. So eyes turn again to the army. Its limitations are all too well-known, and it may prefer to keep to the wings. But it can be brought centrestage if politicians keep fiddling while the country burns.

These events represent a threat not to Pakistan alone but to the entire region. India has already suffered at the hands of Pak-bred terrorists. It rightly insists on the menace being checked and has done what it can to marshal international support in that direction. Yet matters have not improved and there's constant...