Wonder Woman As The Masked Crusader

BJP wants to restrict potential challenger Mamata to the state and away from the Centre, as a unified Opposition begins to coalesce 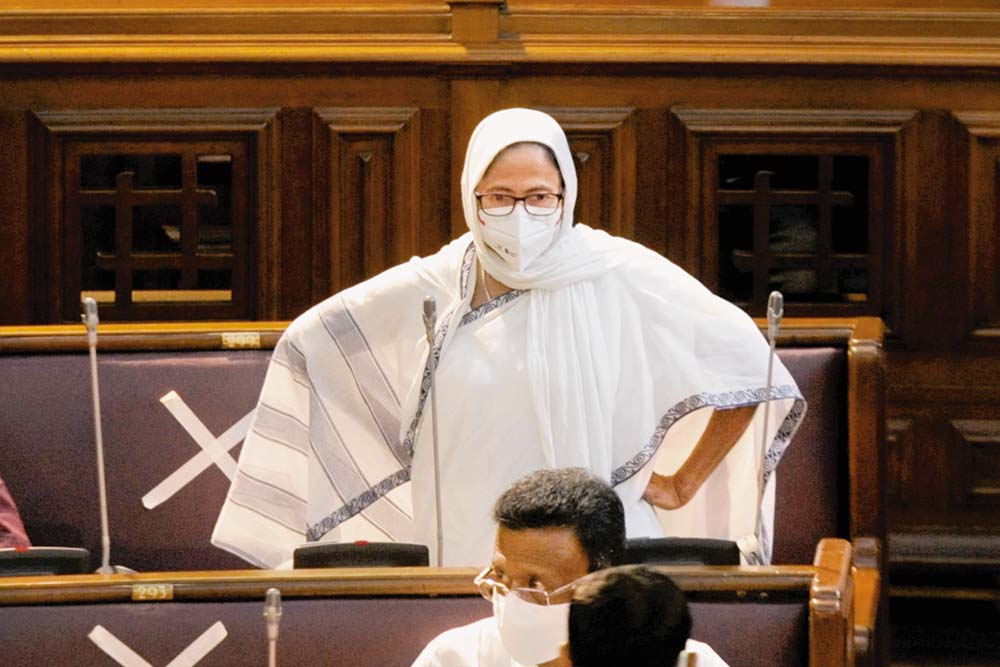 Mamta Banerjee did not get even a minute to rejoice her party’s thumping victory by destroying the myth of Narendra Modi and Amit Shah’s invincibility. It was a high-voltage battle of nerves, fought over two months—one woman alone, with more than a little help from Prashant Kishor’s organisation­—against the might of the party ruling at the Centre, which had so far exhibited nearly unchallenged authority across the country.

“What did the BJP not do to defeat Mamata in Bengal?.... But Mamata made Modi-Shah bite the dust.… The wounded tigress has given a new direction to politics of the country,” said an editorial in the May 3 edition of Saamana, the mouthpiece of Shiv Sena that is ruling Maharashtra in coalition with the Congress and Sharad Pawar’s Nationalist Congress Party (NCP).

These eulogising comments do not come as a surprise, not...