Winning & How To Get A Knack

The Congress staked much on the bypolls in Madhya Pradesh, but ended a poor second. The BJP win empowers both Chouhan and Scindia, amidst gathering clouds of a party squabble. 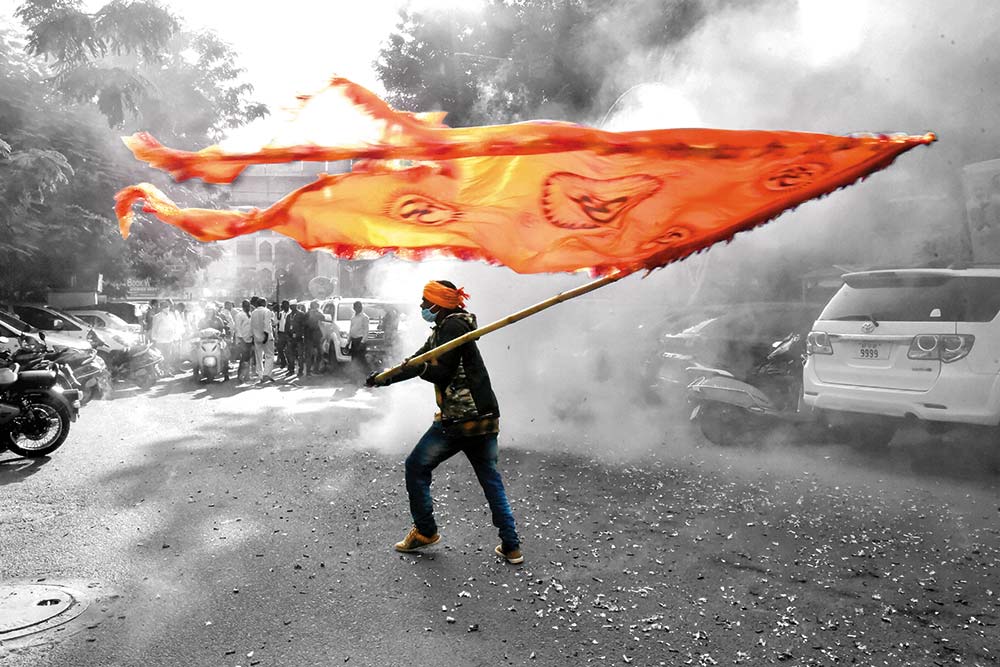 The saffron standard waved in exultation after its bypoll wins
Photographs by PTI
Puneet Nicholas Yadav November 11, 2020 00:00 IST Winning & How To Get A Knack

Ever since he lost power in March after a 15-month stint as chief minister, Kamal Nath had relentlessly claimed that the bypolls necessitated by defection of Congress MLAs to the BJP presented Madhya Pradesh voters with a choice between tikau (stable) and bikau (corrupt). The contest, Nath said, was between gaddars who had “sold themselves” to the BJP in their bid to enjoy power and “those who remained steadfast to the Congress ideology of public service”.

On November 10, as results for the bypolls poured in, the electorate in these 28 assembly seats made their choice known, but with its own interpretation of tikau and bikau lawmakers. The results determine who gets to run MP for the remaining three years of the Vidhan Sabha’s tenure. The voters chose the BJP, which had given MP 15 years of stable (tikau) government over a Congress that couldn’t keep its flock toge­ther for even 15 months.

The BJP, which needed to win just nine of the 28 seats for a simple majority, notched...