As security forces loom large, houses on Gupkar Road have turned into high profile 'jails' as the Centre keeps close tab on top politicians in J&K 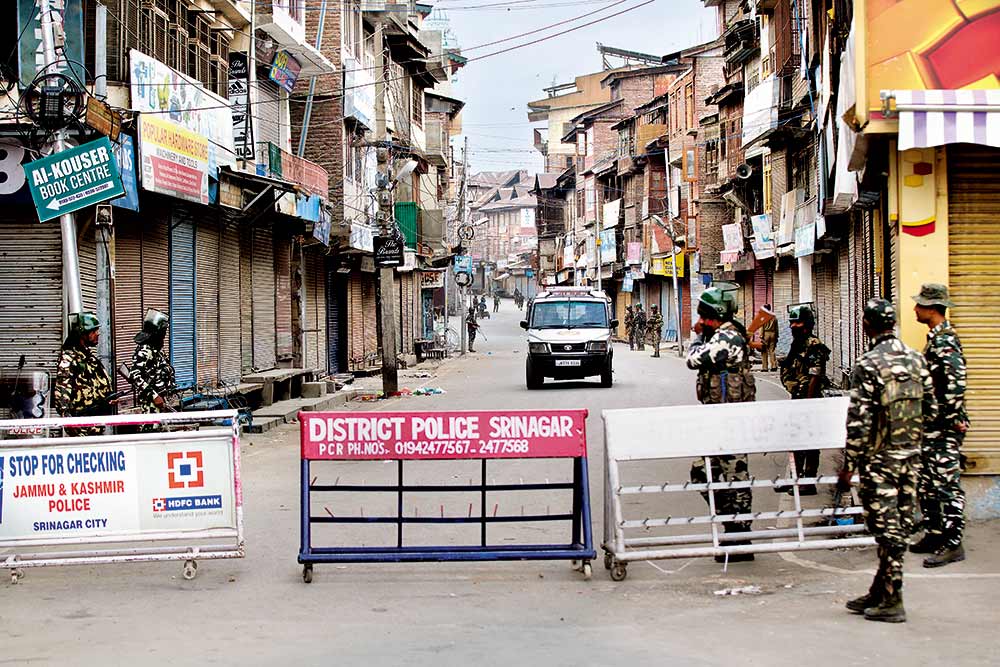 Off Limits
There are troops and barricades on every street
Photograph by AP
Naseer Ganai August 15, 2019 00:00 IST Why Srinagar's High Profile Gupkar Road Is No More A Passage In Paradise

Gupkar Road—the power avenue, home to Kashmir’s top ­politicians, rulers until a cold draught barrelled down from Delhi this August. It’s Friday, the day of the prayers. The ­entrance to the chinar-lined street is closed off with an iron barricade. An Intelligence Bureau (IB) official is in charge. Troopers of the paramilitary CRPF are assisting him. A shout away, Special Security Group (SSG) commandos stand in attention—a finger on the trigger of their automatics. A ­couple of J&K Police constables is there too—without their weapons, belts. Their job is to remove the barricade on the IB man’s instructions whenever he allows a vehicle to pass through. The official has strict instructions—no media on Gupkar Road.

What? Then who let those OB vans and cars of national TV news channels on the road, transmitting news live from the ground? The IB official smiles, directs the motley of print media reporters—mostly locals—towards the policemen who, in turn, point towards the SSG. A comma­ndo from the elite...