Why Jammu & Kashmir's Last State Election Will Be A 'Sham'

The Block Development Council elections may see very little participation. The BJP is contesting in 131 of the total 137 seats in the Valley 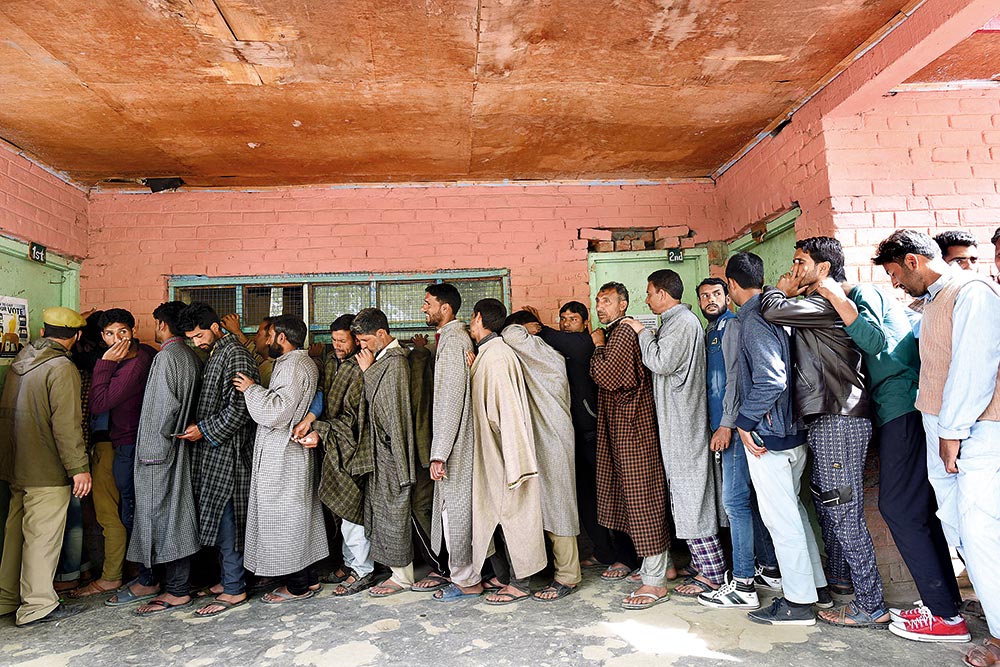 At the heavily guar­ded Greenland Hotel in the uptown Raj­bagh area of Srinagar, 20 panchayat representatives from different parts of Jammu and Kashmir talk about the necessity of holding elections. Chief electoral officer Shailendra Kumar’s recent noti­fication for election of Block Development Council (BDC) chairpersons in 310 blocks—the first ann­ouncement of elections since the abrogation of the Articles 370 and 35A and bifurcation of the erstwhile state into two Union territories—has left reg­ional parties stunned. Only pan­chayat members and sarpanches (elected heads) are eligible to vote in these polls—the last such exercise to be conducted before the order of bifurcation comes into force on October 31.

Many Kashmir observers and locals argue that the BDC polls will be similar to those held for panchayats in November-December 2018, which saw 2 per cent participation in the Valley. About 61 per cent of the panchayat seats are vacant as there were no candidates, and no polls were held for 12,054 seats. In the urban local...