Considered as the most dangerous migratory pest in the world, locusts are chewing up hectares of cotton crop in Pakistan and threatening large parts of Rajasthan and northwest India 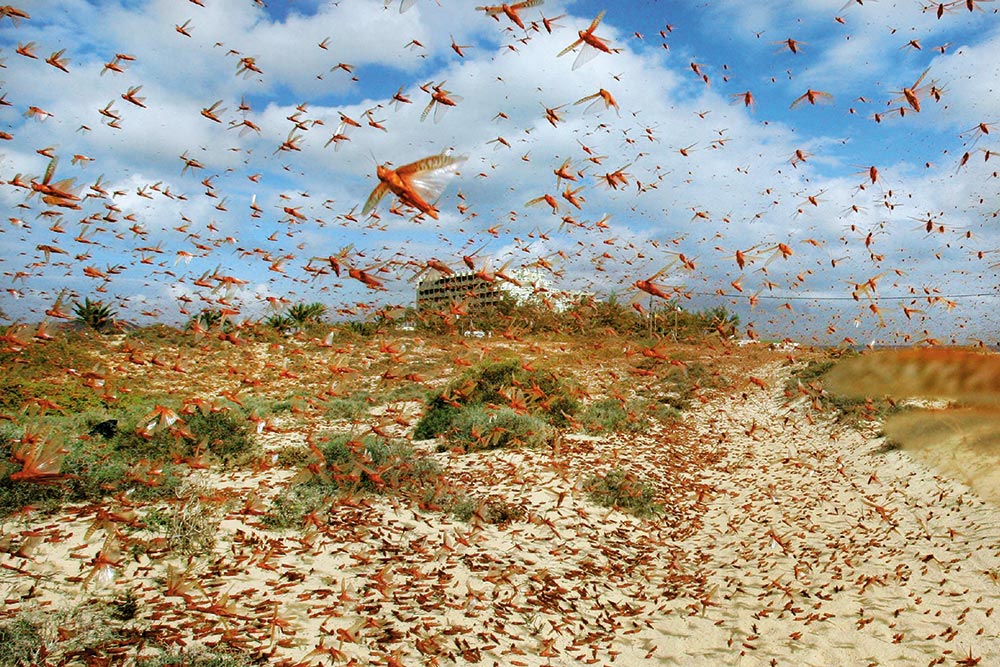 The Invaders
A locust swarm in Africa

Siddhartha Mishra August 21, 2019 00:00 IST Why India And Pakistan Are United In Their War Against A 'Flying' Terrorist

A common enemy —tiny but devastating as a swarm—has brought two hostile, nuclear-armed neighbours together to plot and unleash a joint fight. The foes in question are locusts ­(tiddi in Hindi) from Africa, the breeding ground of the pest that finds mention in early Sanskrit texts, the ­Bible, Egyptian tomb hieroglyphics, and Amharic folk songs of Ethiopia. The protagonist of ­immeasurable pestilence has flown this year from the Horn of ­Africa to Iran en route to ­Pakistan, and Barmer and Jai­salmer ­regions of Rajasthan’s Thar desert. Yes, Pakistan and India—neighbours not at talking terms since the Indian Air Force’s strikes on terrorist camps in Balakot. The ties plummeted further with the BJP-led Union government’s latest move to strip Jammu and Kashmir of its autonomy.

Yet, scientists and agriculture experts of both nations have been collaborating since May this year on the “little terrorists” threatening to devour everything in their path, flagging a possible threat to crops and food...