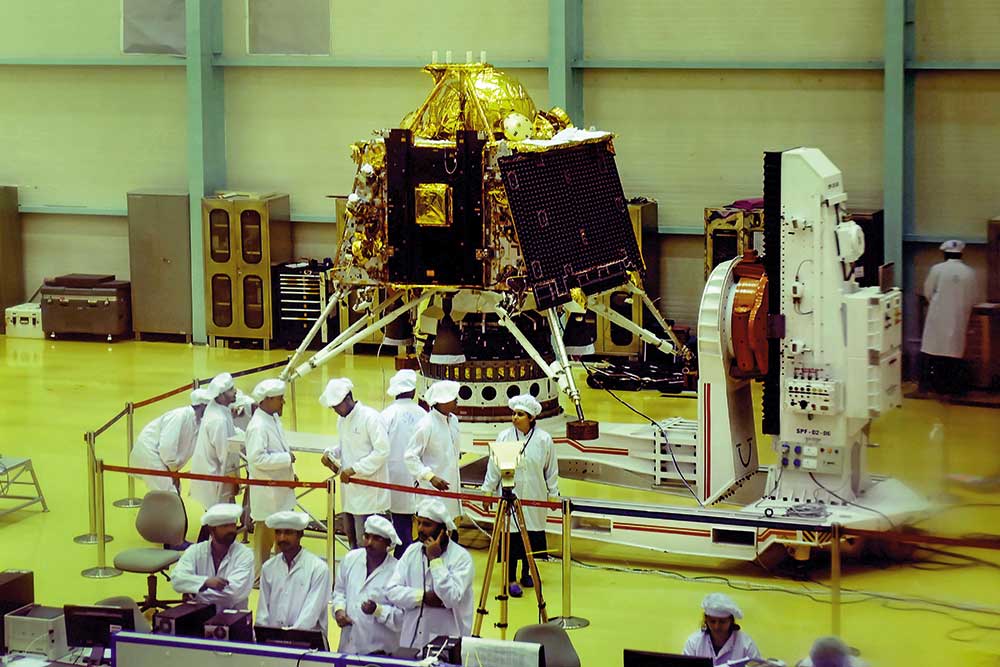 An Indian lunar mission that will boldly go where no country has ever gone before—the moon’s south polar region. That’s how the Indian Space Research ­Organisation (ISRO) website touts the country’s second moon mission, Chandrayaan-2. On July 15, the ­orbiter-lander-rover combo will lift off from Sriharikota and stick to the circuitous route that the mavens at ISRO are familiar with to our closest galactic neighbour. Two months later, in early September, the lander will separate from the spacecraft and start its descent to the moon’s surface—a countdown to ISRO’s real test.

More than a decade after the Chan­drayaan-1 moon mission, its sequel presents the space agency with its most complex challenge so far, according to ISRO chief K. Sivan, who announced the launch date last week. The D-Day, as he put it, will be around September 6. By then, the lander will be about 30 km away from the moon and ISRO will have to execute a 15-minute braking manoeuvre to soft-land on the lunar surface.