Where No One Returns To Office

If it wins, the LDF will ­accomplish what nobody has managed to since 1977 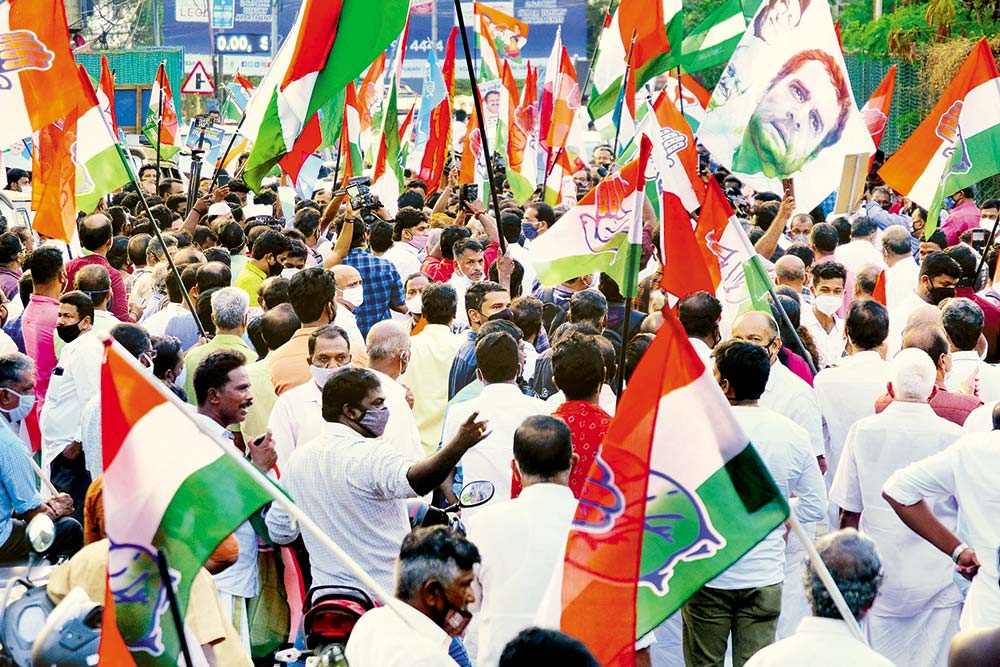 Roadshow by UDF candidate from Nemom constituency
Photograph by V.V. Biju
Preetha Nair March 24, 2021 00:00 IST Where No One Returns To Office

The road leading to the town hall in Pampady, a small hill town in Kerala’s Kottayam district, is lined with hoardings and banners declaring ‘LDF for Sure’, a campaign slogan of the CPI(M)-led Left Democratic Front. There are graffiti and huge cutouts of CM Pinarayi Vijayan—‘star’ of the ruling party and ‘captain’ as they call him. The crowd waiting outside the hall is unmindful of the humid heat, and it comprises more women than men. Among them is 70-year-old Sharada, who wants to just have a glimpse of ‘captain’. “The CM has steered us through many crises, be it floods, pandemic or lockdown. Poor people like us survive on the free ration and pension offered by this government. He will win one more term,” she says. Vijayan is addressing his second meeting of the day and there are three more in Kottayam district.

Red balloons and flags go up in the air as the CM’s car makes its way through the crowd. On the stage, Vijayan speaks about his government’s achievements and welfare schemes for...