Socialist Unity Centre of India (SUCI) thrived when the Left Front government ruled West Bengal. They not only shielded underground comrades, the art of simple living, high thinking in a community was honed in SUCI centres. 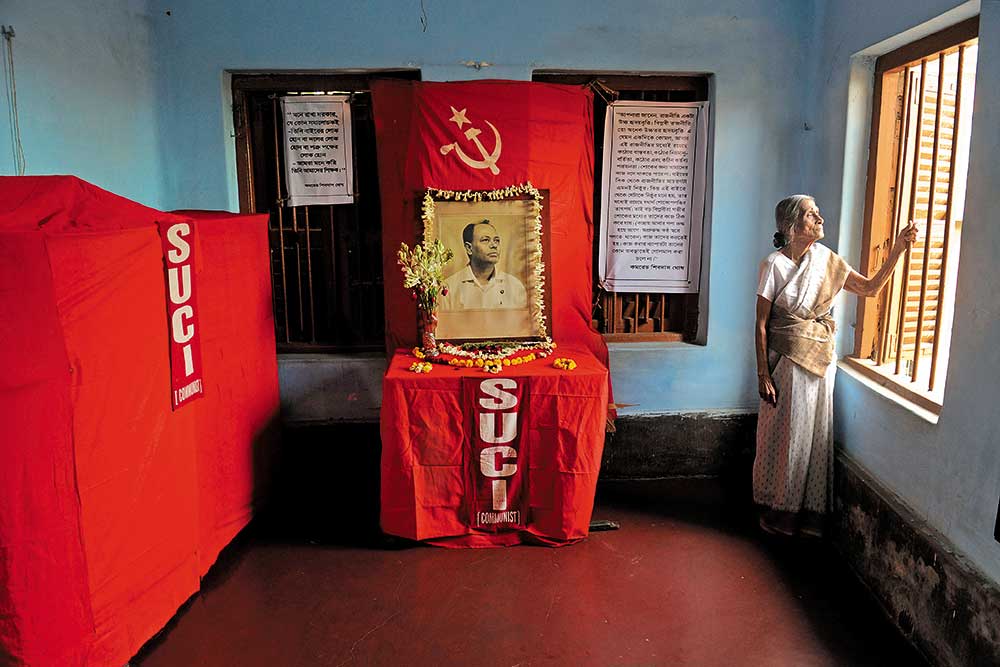 Bathed in dull red under a storm-tossed sky, the weather–worn house is pretty if you take the time to look at her up close. All of three storeys with blue wooden window shutters, she is tucked inside a bafflement of north Calcutta all­e­yways in Hatibagan, untouched by the gogo­-growth around town. The main door lea­ds to a spacious, high-ceilinged and neat living room that doubles up as office/guest acc­ommodation with a couple of chairs and a bed. Portraits of Marx, Mao, Lenin, Stalin, Sibdas Ghosh, the Socialist Unity Centre of India (SUCI) founder, and their Indian comrades watch over one and all from the walls.

This home defies easy explanations and inside her lives a parallel society filled with meaning. This is a commune—called a ‘centre’ by the comrades, a ‘mess’ by its neighbours, and founded on the communist-socialist ideology that swept through West Bengal and shaped its history for decades. This home in Hatibagan uses history as a mirror to show how things were then. This is also a vanishing vestige of...