Opinion: From Being A Party Of Activists, AAP Has Become A Pragmatic Political Force

AAP has learnt from its mistakes. They have learnt that positive messaging is needed at times besides finding a local face to project as leader, writes journalist Saba Naqvi 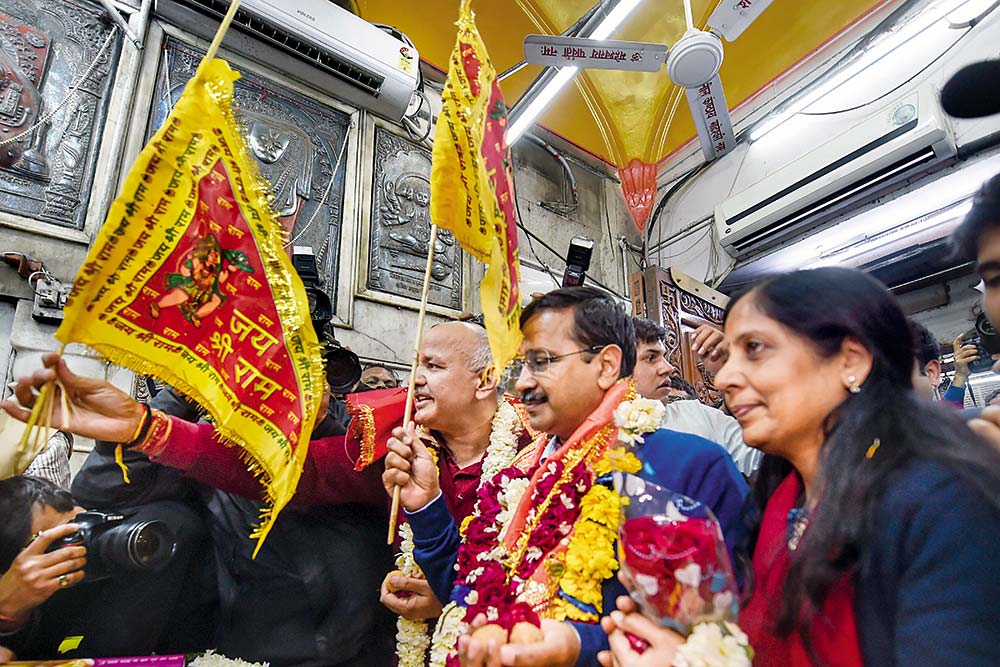 In Good Faith
Kejriwal, wife Sunita, and Manish Sisodia offer prayers at a Hanuman temple
Photograph by PTI
Saba Naqvi February 13, 2020 00:00 IST Opinion: From Being A Party Of Activists, AAP Has Become A Pragmatic Political Force

The Aam Aadmi Party’s victory certainly makes a dent in the image of the BJP in 2020. There are celebrations by opponents of the national party but there are also critiques on offer by those who would like AAP to be more committed to the goal of transforming politics as opposed to just succeeding at it. Commentary has also followed Arvind Kejriwal invoking Bharat Mata on victory day and reciting the Hanuman Chalisa in a TV int­erview. To paraphrase a TV studio debate, Kejriwal is now Modi-lite and AAP offers us “non-toxic” Hindutva. According to this version, although Kejriwal and AAP defeated the BJP, the BJP won anyhow and Narendra Modi of course always wins, in this instance by transforming Kejriwal!

First, the sheer lack of knowledge about the history of AAP is on display here. At a time when Modi was still in Gujarat, Kejriwal was leading a mass movement in Delhi whose main iconography was a large image of Bharat Mata. He was then accused of being an RSS agent (a question this writer asked him at the time). AAP was born out of the soc­ial...