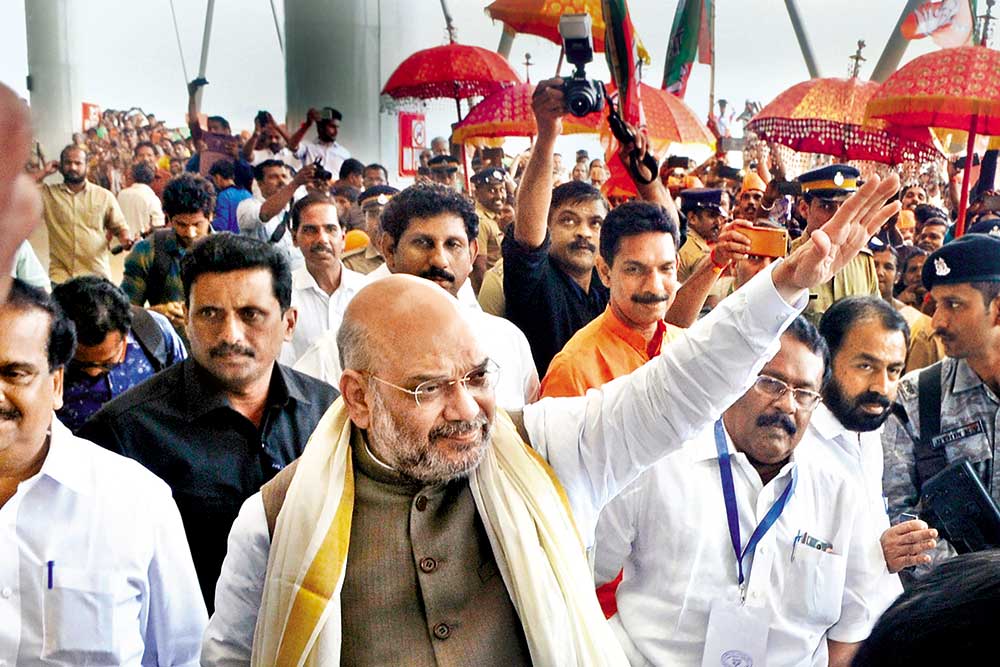 Imagine the Congress and the BJP in a tennis match, circa January 2018.  The Congress is on the verge of being eclipsed in a fierce encounter. Translocate the scoreline to the political court. Karnataka, Puducherry and Punjab are the only states with the party. Yet, by the time the year ends, the Congress has fought back fiercely, managing to stall the BJP, and winning three big states (Madhya Pradesh, Rajasthan and Chha­ttisgarh) besi­des retaining Karnataka, albeit in a coalition.

The wins, in a sense, gave the Congress the verve to stand up and fight another round. And, if they hope to achieve anything substantial in the forthcoming elections, much depends on the south of India.  Once upon a time the party treated the south like its fief, even when it was losing its grip on the north.  But that is history.  Today, it needs to strain every nerve to win a chunk of seats that could make a difference when the chickens are counted after they are hatched.