There are multiple plans and policies to bring peace to Jammu and Kashmir. The pros and cons are manifold… 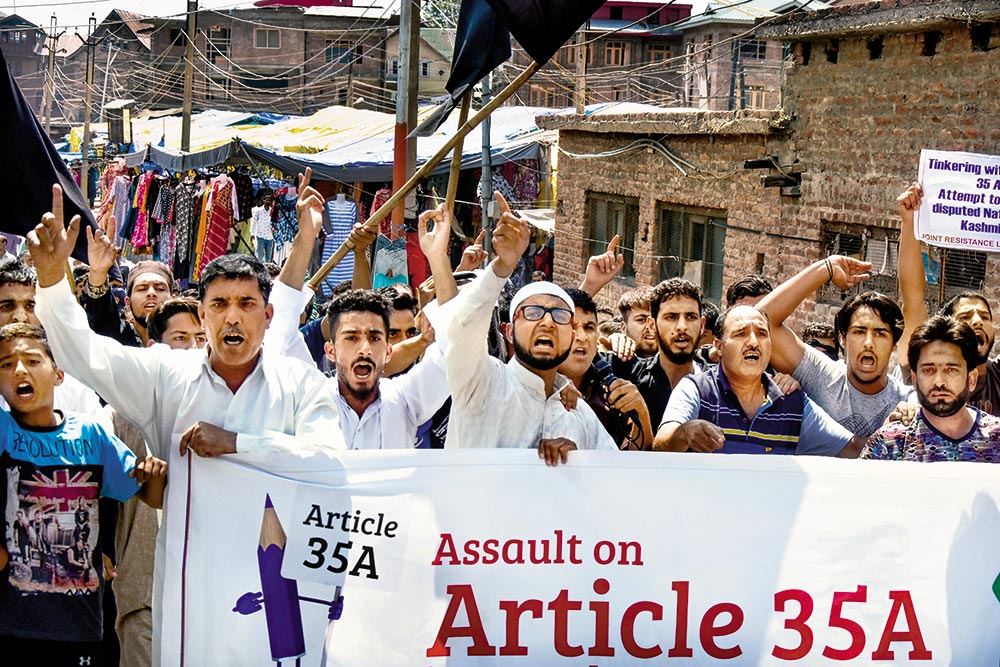 Legal Moves
Kashmiris protest against the perceived threat to Article 35A
Photograph by Getty Images
August 01, 2019 00:00 IST Valley Of Shadows

Hive off Jammu, Kashmir and Ladakh ­regions into separate administrative units to disburse funds and accelerate development uniformly. There has always been an allegation that the Muslim-majority Valley discriminates against the other two ­regions—Hindu-majority Jammu and Buddhist-majority Ladakh, which comprise over 85 per cent of the state’s land area and half the population. Trifurcation will ­restrict the area of terrorism to Kashmir.

The Catch: Politicians see trifurcation as a strategy to cut Kashmir’s influence/dominance over the other two regions.

These two articles of the Constitution of India grant special status to Jammu and Kashmir. Article 370 restricts Parliament’s legislative power in J&K. Article 35A, which comes in Appendix 1 of the Constitution, flows from Article 370. It empowers the J&K legislature to define the state’s ­permanent residents and their rights.