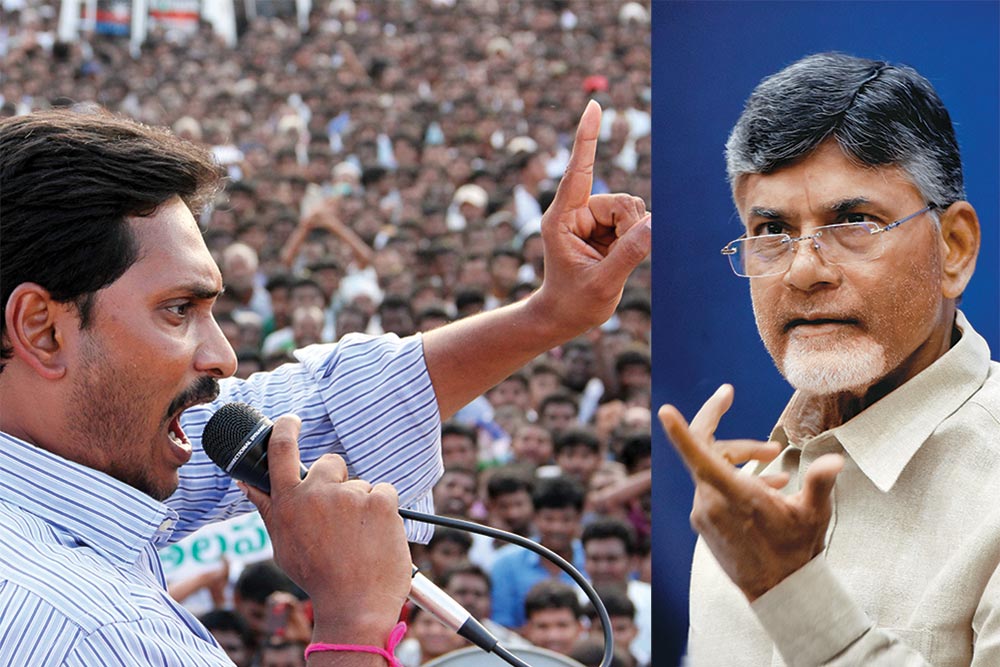 They are the worst of foes, sparing not a single opportunity to snap at each other. The verbal volleys have been outright venomous, like when Y.S. Jaganmohan Reddy said before a crowd in 2017 that his opponent, N. Chandrababu Naidu, “should be shot in public for his double-speak and unending corruption”. Naidu, then chief minister, was equally vicious when he called Jagan a ganja plant in a tulsi garden, comparing him with luminaries that the...