Up Close And Personal

An overview of religious codes’ prescriptions regarding personal matters 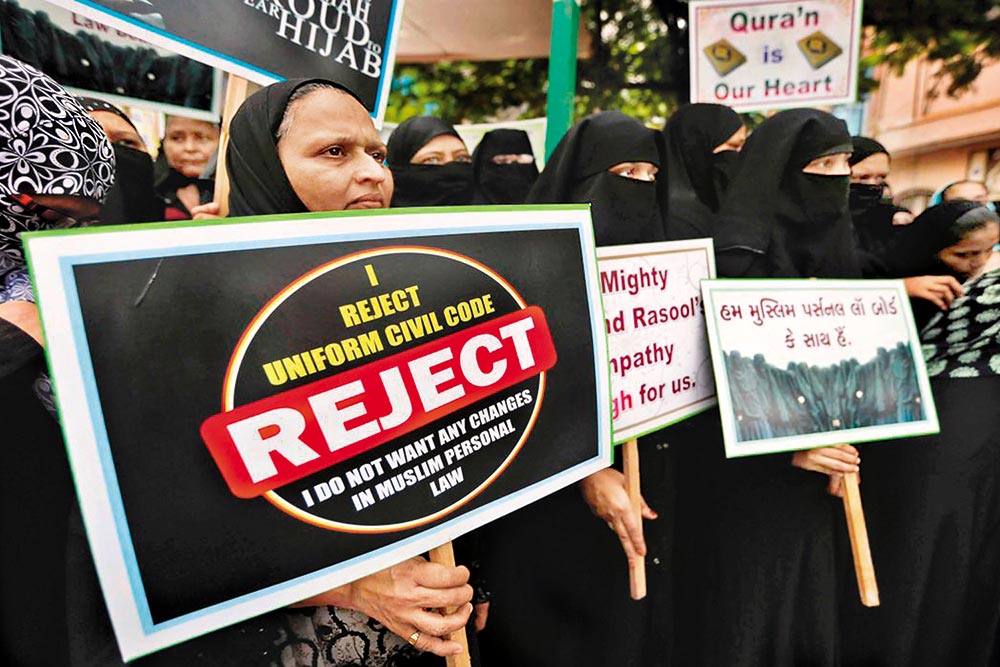 Muslim: Marriage is a civil contract, or nikahnama, and women are also owners of property. Dissolution of Muslim Marriages Act, 1939, states rules for women seeking a divorce, but men are exempted from such guidelines. A Law Commission report says polygamy is permitted, but it is often misused by men who convert to Islam solely for keeping another spouse.

Christian: The law was amended in 2001 to remove unfair rules such as a woman’s divorce plea against an adulterous husband would hold only if she also alleges cruelty. But a wife’s infidelity is good enough ground for a man to break his marriage legally. The amendments do not hold for Christian-majority Nagaland, governed by the 1961 Naga Accord.

Parsi: The jury system, done away with after the 1959 Commander K.M. Nanavati case, continues in divorce...