This is the third ban in the history of Jam­aat-e-Islami Jammu & Kashmir founded in 1942. 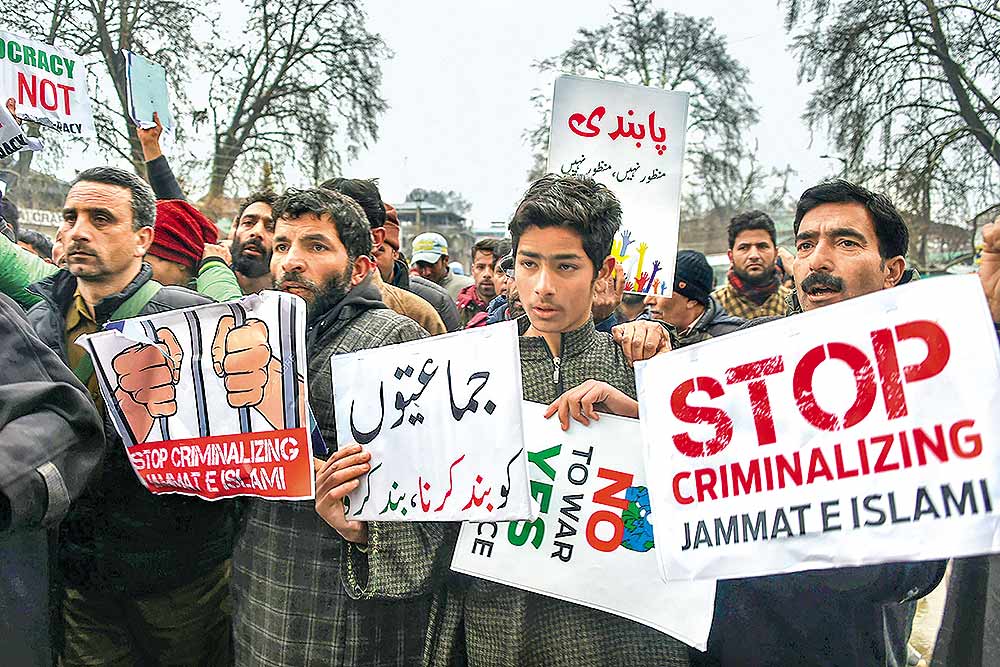 People associated with the Jam­aat-e-Islami Jammu Kashmir, a registered political party with over eight lakh members, have been on the run since the February 28 Union home ministry notification declaring it an “unlawful” ass­o­ciat­ion under Section 3 of the Unl­awful Activities (Prevention) Act, 1967. Citing act­ivities “prejudicial to internal security and public order”, with the “potential of disrupting unity and int­e­grity”, the ban followed a crackdown on Jamaat members coinciding with growing India-Pakistan tensions. A police officer says there has been no FIR with such char­ges—“not even an intelligence diary entry”—since the Jamaat dec­la­red it was not in favour of armed insurgency in 1998.

This is the third ban in the history of the organisation founded in 1942. Besides the Jamaat head office and all...