Uneasy Fear And A Phalanx Of Barrels

The recent spate of militant attacks in the Valley have one obvious target: Hindu recipients of new domicile certificates 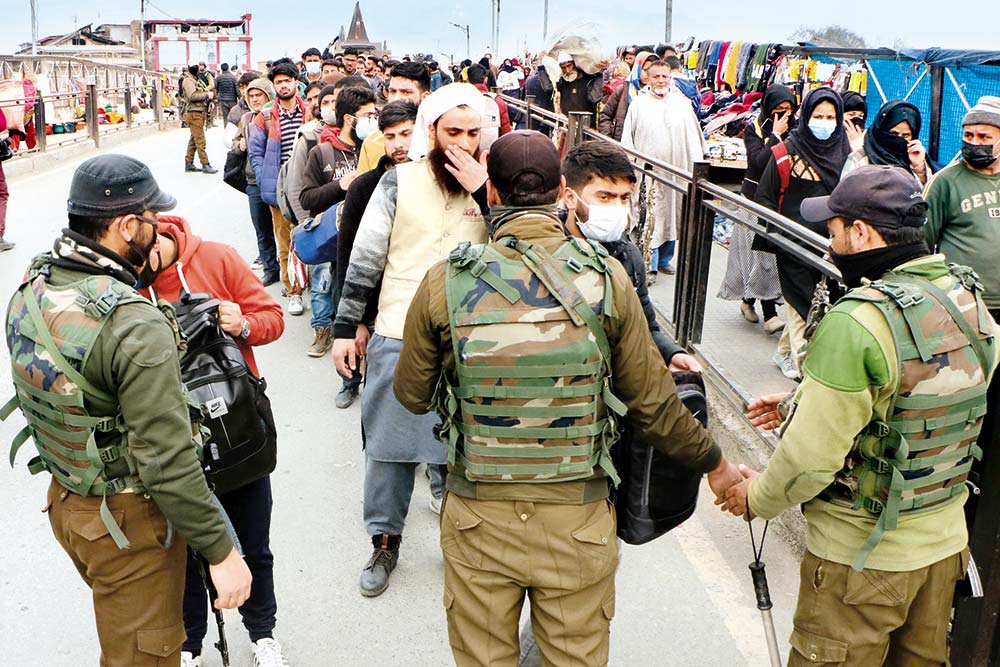 It’s a truth sad and discomfiting in equal measure—attacks by militants in Kashmir rarely go beyond fleeting headlines unless the casualty count is high. Recurring as they have been over the years, the mayhem these attacks wreak serve to buttress the status quo—that of a blasé acceptance of chaos as a way of life in the Valley. And so, if a new wave of fear and loathing has gripped this lost paradise since a gunman walked into an eatery in a high security zone of Srinagar and shot at its 22-year-old co-owner, is there reason to suspect that the status quo has been breached…for the worse?

Around 7.30 pm on February 17, three men on bikes stopped outside Krishna Dhaba, a vegetarian joint frequented by tourists, Hindu pilgrims and locals. One of the men walked into the eatery and shot at Akash Mehra—the dhaba owner’s son. “I was terrified,” says Mehra’s uncle, Subash Chandar, who was at the eatery when the shooting happened. “The gunman shot at Akash and ran off. We all hid behind tables,” Chandar says,...