Two In The Muddle

Anti-CAA sentiment fails to dislodge the BJP from Dispur, while a stronger opposition in the assembly promises fireworks. 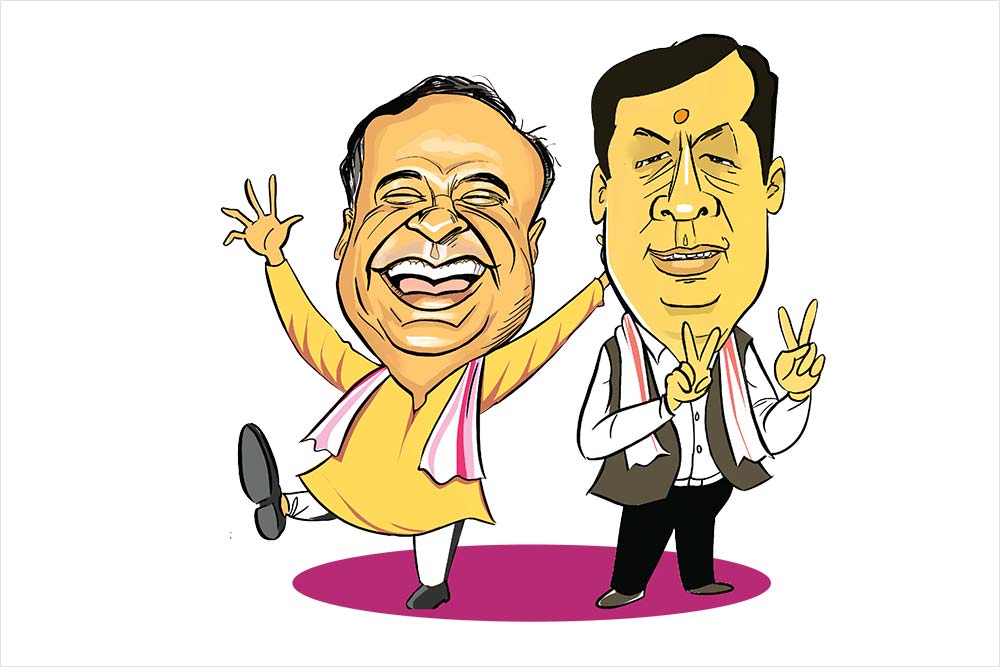 “Who is Badruddin Ajmal?” That was former chief minister Tarun Gogoi’s bristling question when the perfume baron formed the All India United Democratic Front (AIUDF) ahead of the 2006 assembly elections in Assam. It came after Gogoi had reportedly turned down the Jamiat-Ulema-e-Hind’s offer for help in return for a promise in writing that he would work for the welfare of Muslims. The AIUDF responded by winning 10 seats. The Congress, though, went on to form the second of the three successive governments it would eventually head. Focused as they were on the Asom Gana Parishad (AGP), neither the Congress nor the AIUDF had, at that point, reckoned with the possible emergence of the BJP as a force to contend with in Assam. By the time they did, following the arrival of the party at the Centre under Narendra Modi as prime minister, it was a bit too late, and the BJP stormed to power in Assam, decimating the Congress in 2016 and also singeing the AIUDF.