Human rights campaigners say the errors in the National Register of Citizens have caused trauma of epic proportions. Is the Citizenship Amendment Bill the solution? 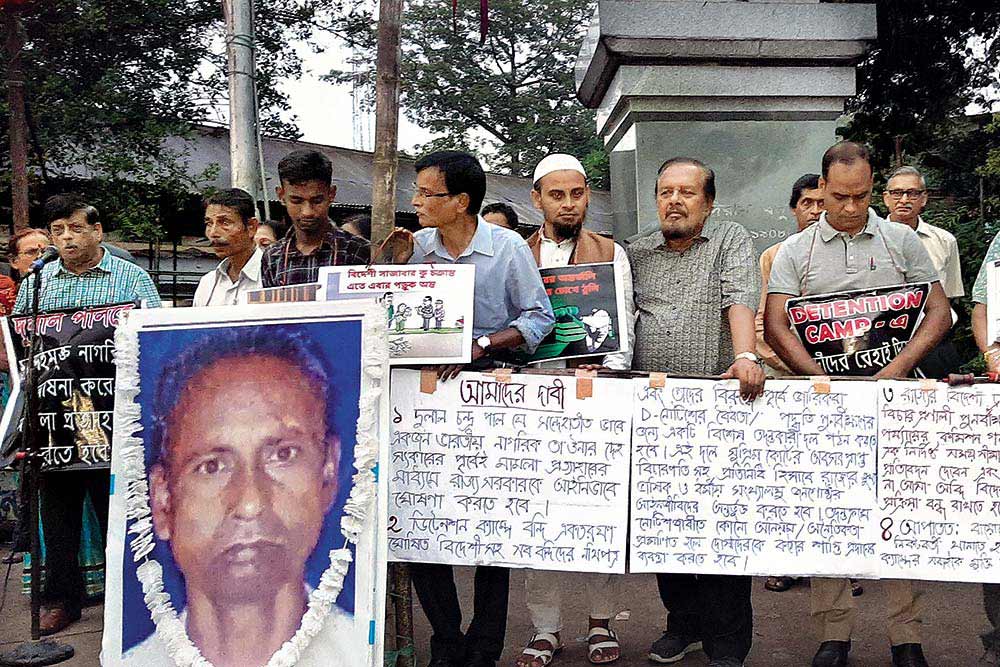 The industrious farmer was born and brought up in Assam—just like his father Rajendra Paul. The family in a village near the central Assam town of Tezpur couldn’t be more emphatic and steadfast in asserting their antecedent. Yet, when Dulal Paul died at Gauhati Medical College and Hospital on October 13, he was a stateless person—declared a foreigner staying illegally in India and thrown into a detention centre. His three sons—aged 28, 25 and 14—face similar uncertainties or fate. Their names have been left out of the updated National Register of Citizens (NRC), considered by many in Assam and elsewhere as the holy grail of all efforts to detect foreigners staying illegally in the state. Paul’s wife is safe—she is an Indian, her name features on the all-important NRC list.

The old man’s death would have...