Turncoats Are Back To Front

Whether the MP bypolls turn out be a referendum against gaddars or mandate for BJP, the kabaddi is likely to continue 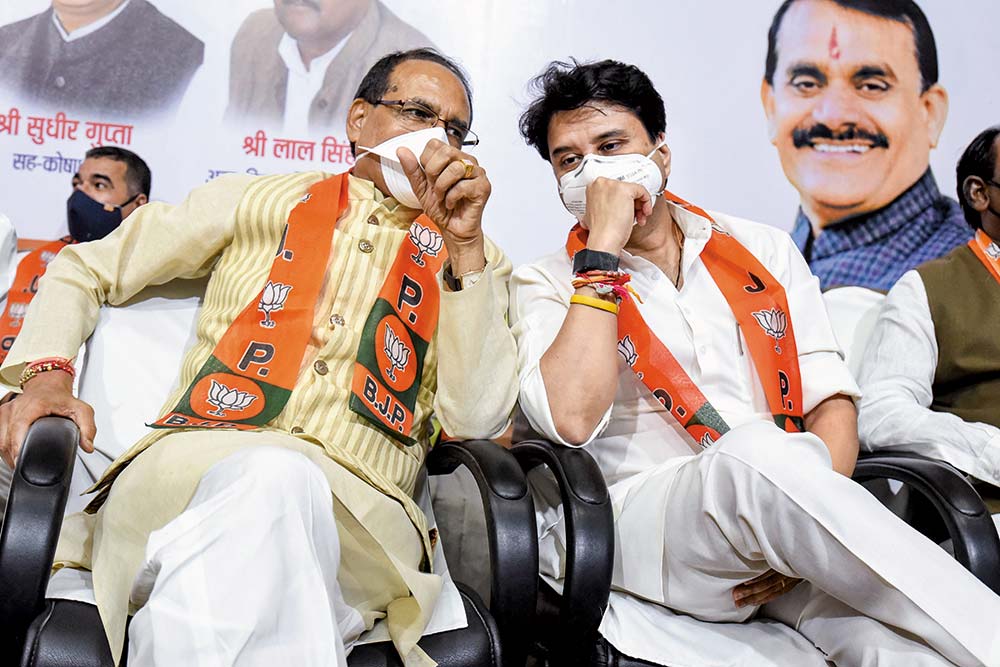 As the Madhya Pradesh electorate awaits results of the 28 assembly bypolls, could a new political storm be brewing in the state? The results, due on November 10, will decide whether the state, which has seen two governments in the past 23 months, is headed for another change or a continuation the Shivraj Singh Chouhan administration. Bypolls were held on November 3 in 25 (of 28) constituencies following the defection of Congress MLAs to the BJP.

For the BJP and chief minister Chouhan, a victory in nine seats would assure a simple majority in the 230-member Vidhan Sabha. The Con­gress needs to wrest all to reach the magic figure or bag at least 22 if it hopes to win back independent, Sam­ajwadi Party (SP) and Bahujan Samaj Party (BSP) legislators to its side. Sim­ple arithmetic stacks the power equation heavily in BJP’s favour. Yet, the BJP is restive; aware that a wafer-thin majority is no guarantee of its government’s longevity. The Congress is on the edge too. Salami slicing of the Con­gress legislative party by the BJP cost Kamal Nath his...