As Trinamool embarks on an aggressive rehabilitation and induction drive, BJP keeps looking for poaching opportunities 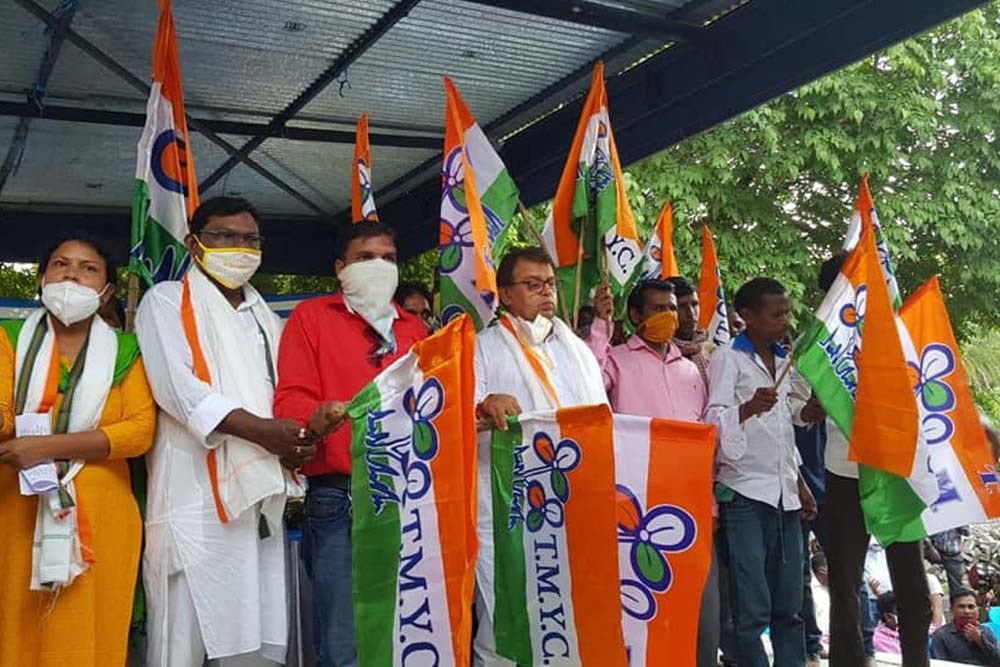 Rehabilitation of the disgraced is a gradual process, but it arrives with a bang. The Trinamool Congress’s July 28 ann­ouncement naming Kunal Ghosh as a state-level party spokesperson is one such. Not only is Ghosh, a journalist-turned-media honcho-turned politician, a prime accused in the Saradha chit fund scam, he also tried to drag party chief Mamata Banerjee into the scam—one of Bengal’s biggest political scandals.

The TMC also inducted in the party exp­elled CPI(M) leader Ritabrata Banerjee and  Chhatradhar Mahato, who once led the Maoist-backed Lalgarh movement during 2008-09, but it was Ghosh’s induction that struck political observers most. Speaking to journalists, some TMC leaders explained the layered message in Ghosh’s reinstatement (he was suspended for six years in 2013): if Mamata could take back Kunal Ghosh, no party deserter was untouchable.

Indeed, there were prior indications. Ghosh’s return to favour came barely a week after Mamata’s July 21 call to des­erters and disgruntled leaders to...