From Amritsar To Toronto, How Designers Captured Punjab's Vast Landscape 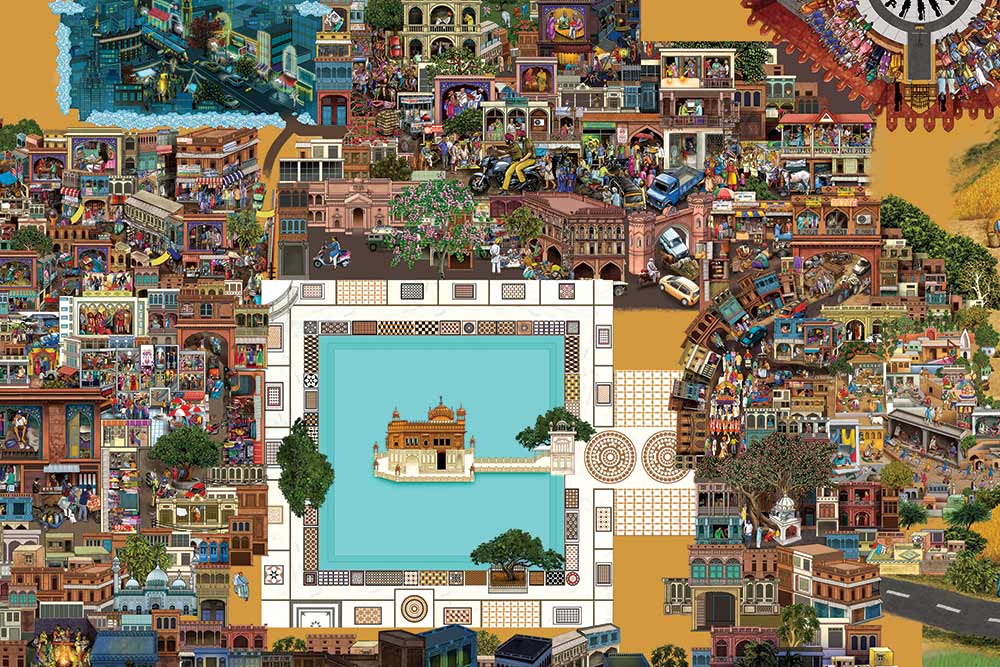 The city of Amritsar is shown here with a little lane at the top left, leading to Toronto. The pioneering spirit of Punjabis has led them to various parts of the world, and Canada is high on the list. Toronto is shown here framed by clouds—reference to the veritable dreamscape it is for many who aspire to make it big, and to the fact that one has to journey through clouds to get there.

Between 2008 and 2011, I worked to create a vast permanent mural for the introductory gallery at the Virasat-e-Khalsa Museum in Sri Anandpur Sahib, Punjab. The mural in its original location is 20 metres high and stretches panoramically along a 70-metre curved wall. It is designed to be viewed from a bridge-like ramp running down the centre of the 20-metre tall space. As visitors walk along the ramp, they are surroun­ded almost 360 degrees by the intensely detailed imagery of a vast landscape of Punjab. It was my privilege to work with a team of designers, resear­chers and artists to create a seamless and deeply researched visual narrative that melds the geography, history, folklore and everyday life of Punjab. 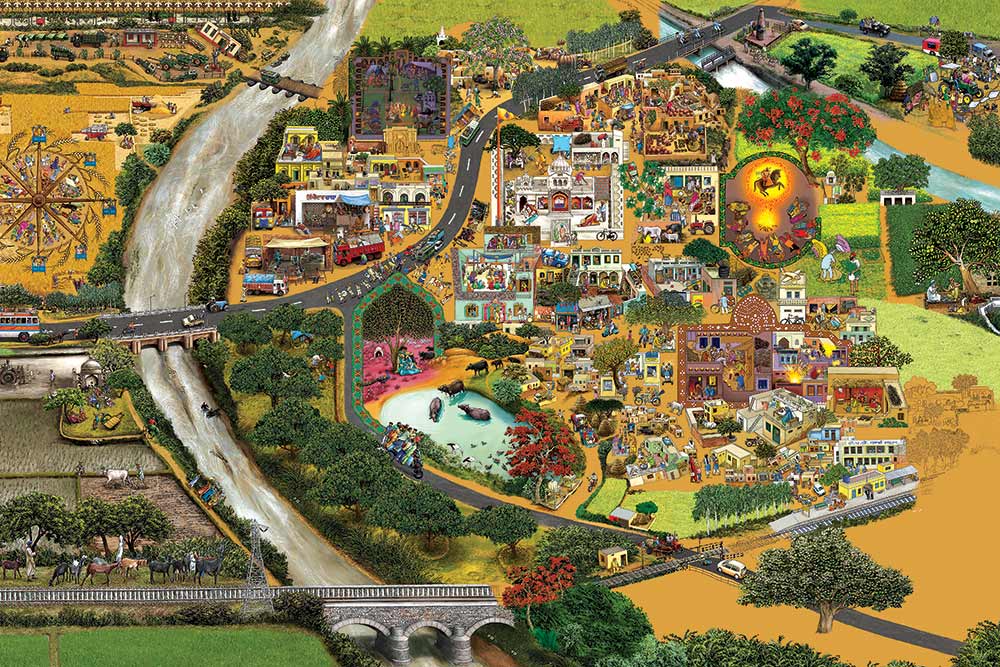 In contrast to wheat fields and Baisakhi harvest festival, another section depicts the process of rice planting.

To achieve the desired effect, my team and I...