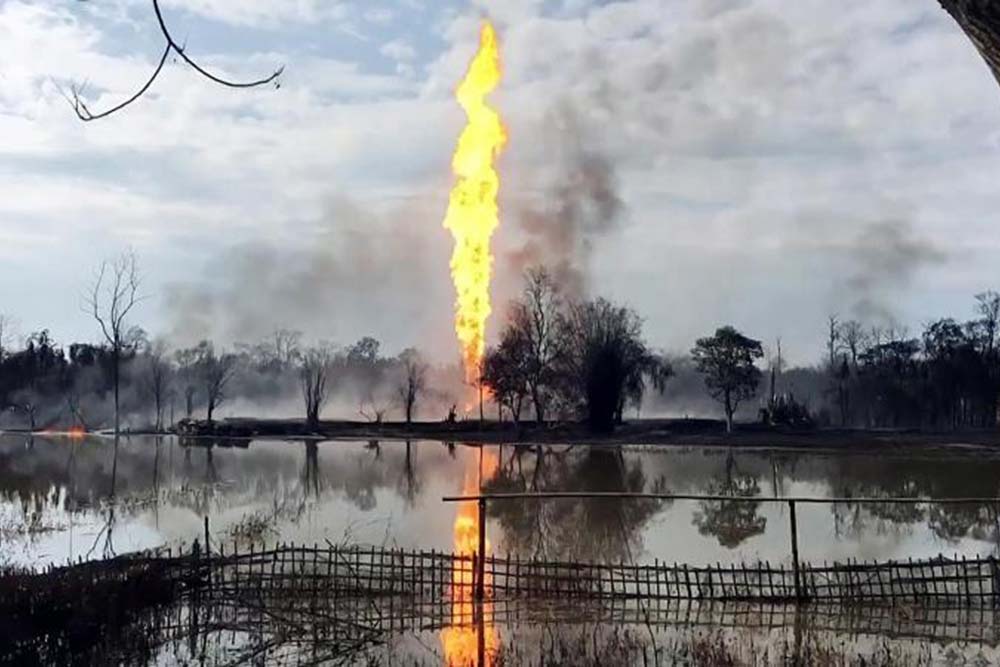 Hellfire
The oil blowout in Baghjan, Assam, has left a big dent on the surrounding ecology.

The intertwined issues of environment, conservation and climate change rarely make for popular discourse. Jargon-ridden lectures at symposiums, technical research papers or declaration of global goals at international conferences by political talking heads make this expansive axis difficult for the public to navigate, leave alone comprehend. It is, thus, significant that the draft Environment Impact Assessment (EIA) 2020 notification put out by the Centre received an unprecedented 18 lakh recommendations and suggestions from common people and activists.

The mandatory process for inviting objections and recommendations to the proposed changes in the EIA framework ended on August 11, the deadline set by the Delhi High Court. The court had set the new deadline after dismissing protestations from the Union ministry of environment, forests and climate change, which wanted the consultation process closed on June 30, just over three months after the draft to replace the existing EIA 2006 was placed in public domain on March 12.

If the massive public response—and...