OPINION | To Show Muslims Their Place, A Hindu Rashtra Is Imposing Its Writ By An Uniform Civil Code 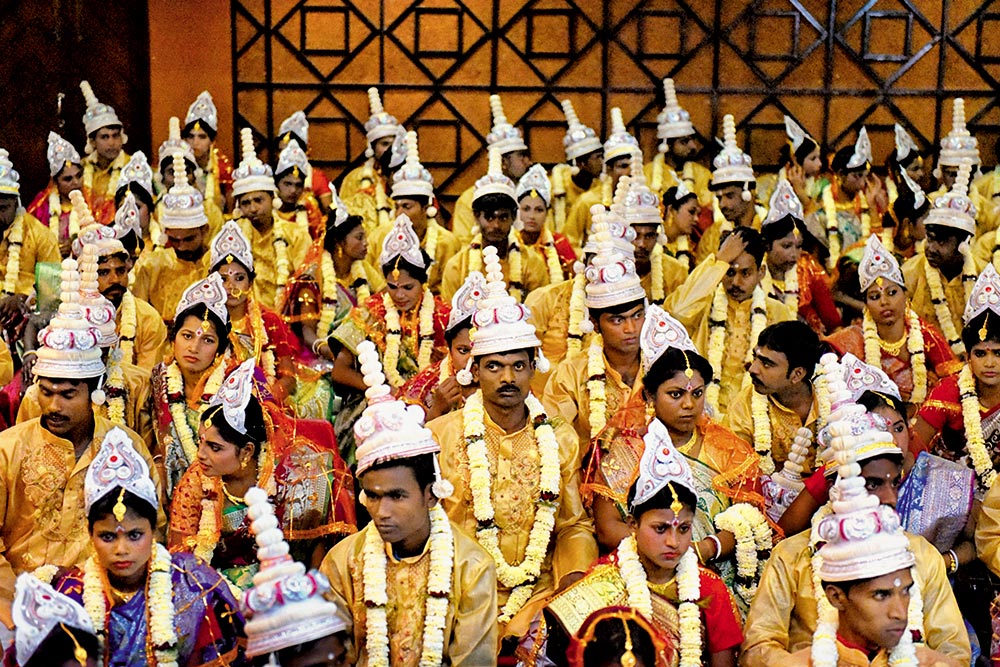 164 Couples
A mass wedding organised by a Calcutta NGO
Photograph by Getty Images
Nivedita Menon August 29, 2019 00:00 IST OPINION | To Show Muslims Their Place, A Hindu Rashtra Is Imposing Its Writ By An Uniform Civil Code

After the law criminalising triple talaq was passed, home minister Amit Shah wrote that PM Narendra Modi would “go down in history as a social reformer in the league of Raja Rammohan Roy and Ishwar Chandra Vidyasagar”. The difference is that the latter addressed patriarchy in their own community, while Modi and the BJP are solely concerned with saving Muslim women from Muslim men, to paraphrase Gayatri Spivak. Spivak used the phrase “white men saving brown women from brown men” to describe colonial governments invoking women’s rights to justify their civilising mission in the colonies. Farah Naqvi too has pointed out the discourse of the “saved Muslim woman” that underlies the Islamophobic state policy of the US and now India. After triple talaq and Article 370, the next two items on the Hindutva agenda are the Ram temple and the Uniform Civil Code (UCC)­—issues central to the core ideology of the BJP’s parent organisation, the Rashtriya Swayamsevak Sangh (RSS). An all-male organisation that sets the agenda for the current...