After trying to prop up an alternative leadership, the Centre falls back on ‘Gupkar gang’ to push its post-370 plans for Kashmir 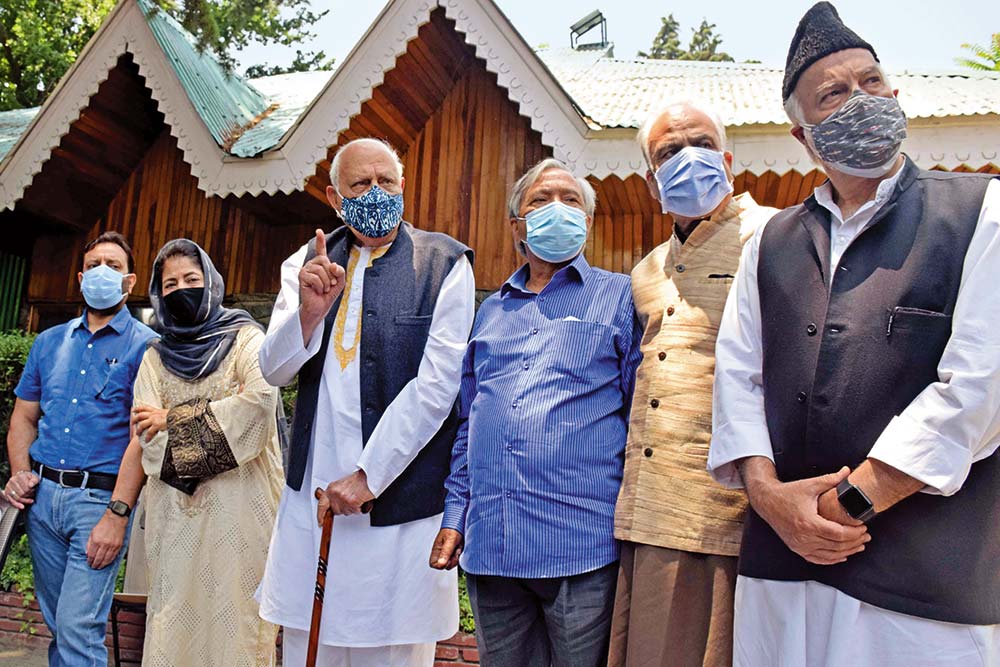 Mehbooba Mufti led the formation of the Gupkar alliance

Gupkar Road in Srinagar, lined by residences of top politicians in Jammu and Kashmir, including former CMs Farooq ­Abdullah, Omar Abdullah and ­Mehbooba Mufti, is buzzing with activity after a long spell when it wore a forlorn look. The change follows an invitation for a dialogue with PM Narendra Modi in Delhi on June 24. Sources in the security establishment disclose that the PM will share a “tentative roadmap” that is ready with the Centre. Although it is touted as the biggest outreach by the Centre to initiate a new political process in J&K, nobody is expecting any significant decisions to be made at the June 24 meeting, where the discussions are likely to revolve around Article 370, statehood and elections.