They Just Hate Dissent, How North East Police Flexes Its Muscle Or Is It The BJP?

From arresting peasant leaders to booking them for sedition, Assam Police has tried everything to quell protests against the Citizenship Amendment Act 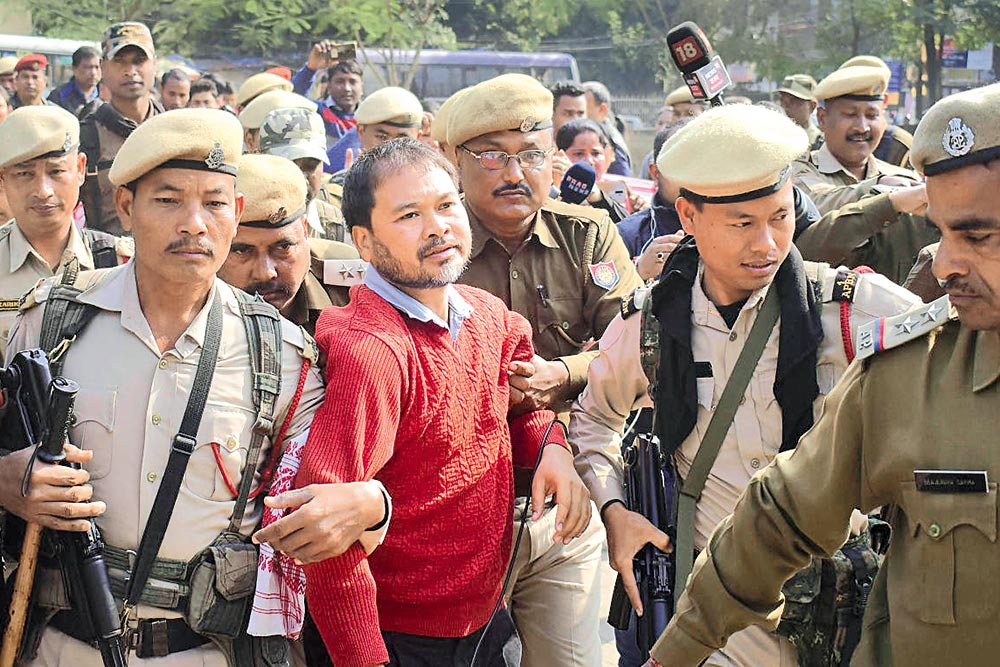 Lal Salam
Peasant leader Akhil Gogoi after his arrest on charges of inciting violence during anti-CAA protests
Photograph by PTI
Sadiq Naqvi January 16, 2020 00:00 IST They Just Hate Dissent, How North East Police Flexes Its Muscle Or Is It The BJP?

On December 12, RTI activist and peasant leader of Assam, Akhil Gogoi, and two of his associates were arrested for allegedly inciting violence during statewide protests against the contentious Citizenship (Amendment) Act (CAA). Many believe that the charges were flimsy but police insist that Gogoi was actively involved in mobilising people to hit the streets. The BJP-led government blamed Congress and “urban naxals”, a term used by the right-wing to describe dissenters, for the violence. Police quickly pulled out an old case against Gogoi, dating back to 2009, and handed over the probe to the National Investigation Agency (NIA).

Gogoi, who heads the Krishak Mukti Sangram Samiti (KMSS), has never hid his Left leanings, calling himself a “Marxist but not Maoist”. And he has a history of run-INS with the establishment since he burst into the scene during the previous Congress government. But the present dispensation app­ears to have marked him out for special attention. Within months of the BJP government taking over in 2016, Gogoi was put behind...