Their Dares, Their Stunts

They are the riders from hell. Within each one brews a storm, to do daredevil acts. 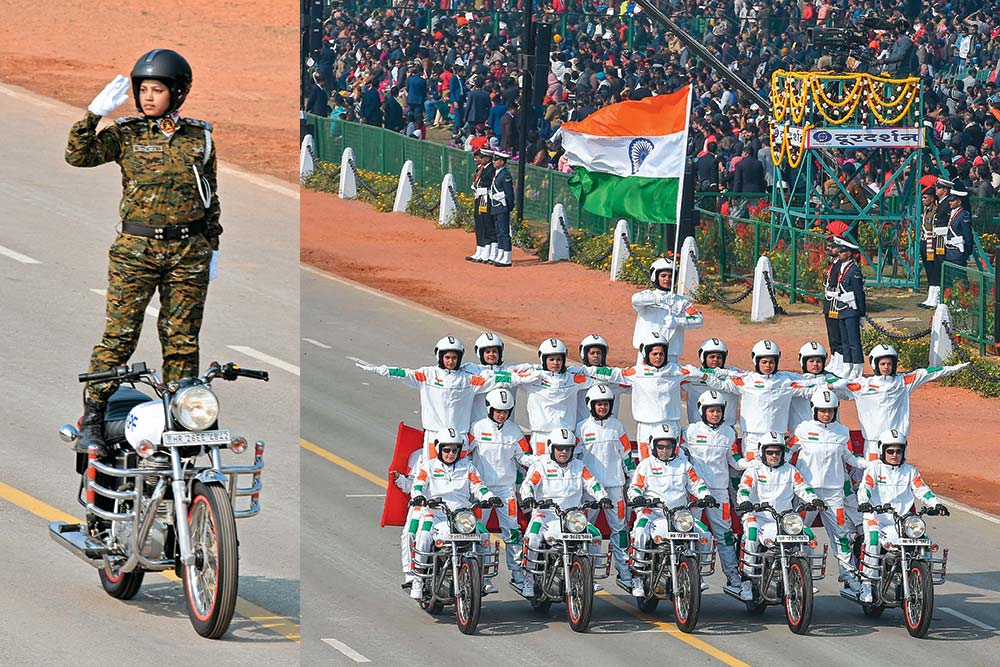 If one looks at their achievements, they seem to be jaw-dropping and hair-raising, almost miraculous. Think about it, visualise it if you can­—251 army riders balanced on 11 mobikes, an army captain who rode his bike atop an over 15-foot ladder for more than nine hours, and all-women teams of the CRPF and the BSF with their own lotus and pyramid formations. In India, there are at least half-a-dozen teams with security forces, which includes three army ones, two in the BSF, and one in the CRPF.

Behind these displays and stunts, there is the deep thinking, tiring and dangerous practices, moti­vational techniques, ever-changing relationships between ­humans and machines, and the never-say-die attitudes of the bikers. In this five-part series of special articles, we will deal with each one of them. Here, we will talk about the stunts, and their physics. What you see in an event is the ­final act, which is physical in nature.