The World As Word, By Guru's Grace 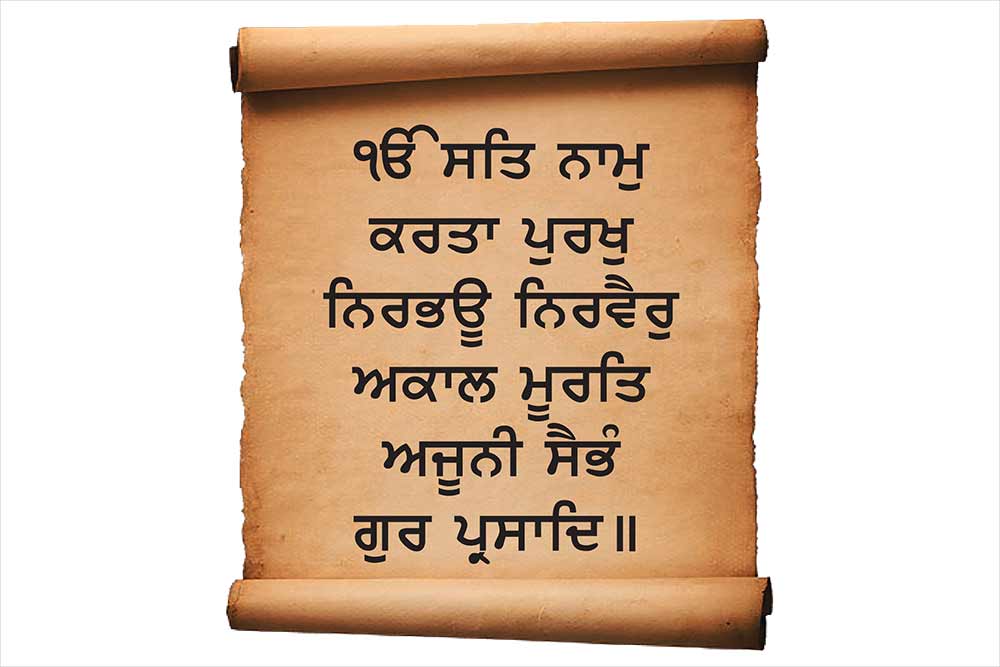 “God is everywhere and in everyone. He is the Truth-Immortal, creator, without fear, without enmity, unborn and self-created. This ­understanding comes by Guru’s Grace”

The Sikh model of reality and knowledge, as elaborated in one of its earliest texts, the Japjī Sāhib, makes the ‘word’ or ‘śabad’ (śabda) the fundamental category in its epistemology, ontology and ethics. Japjī Sāhib (composed c. 1505) is the Sikh morning prayer recorded as the Guru Granth Sāhib’s first hymn. Comprising two ślokas and 38 verses, the hymn is preceded by the ‘mūl mantar’ that precedes every rāg or hymn of the Granth Sāhib. It lists seven features of the Sikh deity, setting the agenda for Sikhism’s basic assumptions. The mantar’s first phrase refers to the deity as ‘ik aumkār’, underlining that Sikhism is monotheistic, and that this deity is expressible only as sound, as represented in the aumkār’. The second phrase, which reads as ‘sat nām’, tells us further that the ‘name’ of this deity is ‘truth’ itself. The third phrase, ‘kartā purakh’, makes this linguistic deity the ‘kartā’ (doer), and identifies...