The Tendency To Be Tendentious

When Union minister Anantkumar Hegde plays his hand in the canvass, the controversies are a cut above the rest 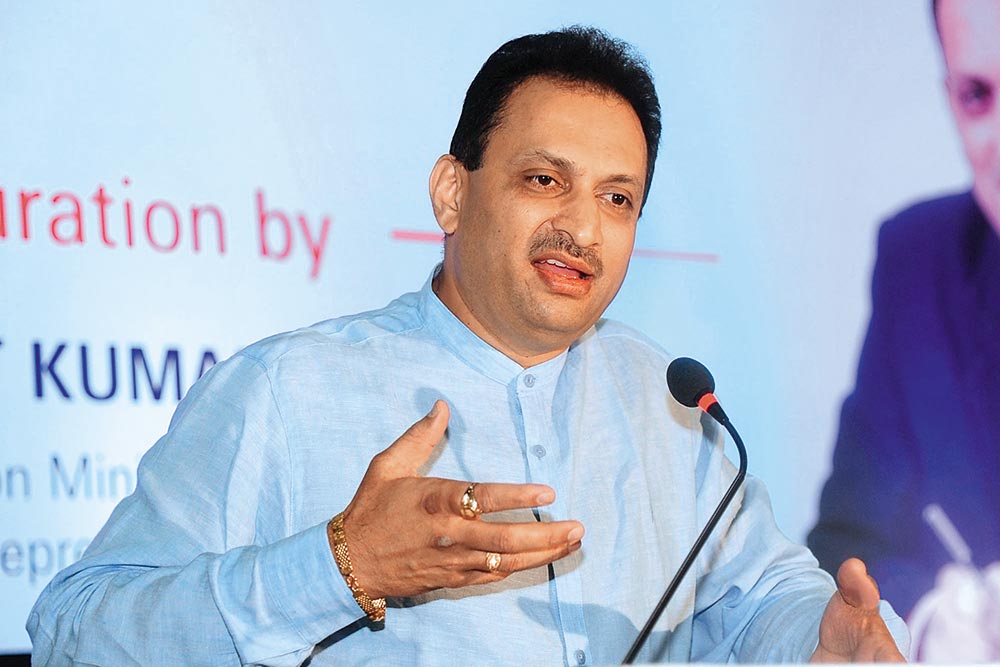 Anantkumar Hegde is back in the news. In a predictable way, that is. First, the Union minister of state for skill development and entrepreneurship sparked outrage with comments at a public function in his home state Karnataka: “If a Hindu girl is touched by a hand, then that hand should not exist.” Next, his Twitter exchange with Karnataka Congress’s working president Dinesh Gundu Rao attracted more indignation.

Polarising comments, to be sure, are par-for-the-course in election season. But Hegde’s proclivity for them has raked up controversies in the past. Most notably, in December 2017, when he had to apologise in the Lok Sabha for his remarks—made at a public rally in Karnataka—about changing the Constitution. “As a citizen, I cannot think of violating the Constitution,” he said in his apology.

Earlier this week, following the Twitter volley with Rao, the Congres­s­man’s wife, Tabassum, put out a plea, asking Hegde not to drag their personal life into a political slugfest.