The Travails Of Being BJP In Andhra Pradesh-Telangana

The BJP’s prospects in Telangana and Andhra Pradesh (which will also elect its assembly alongside the general elections) look dim. 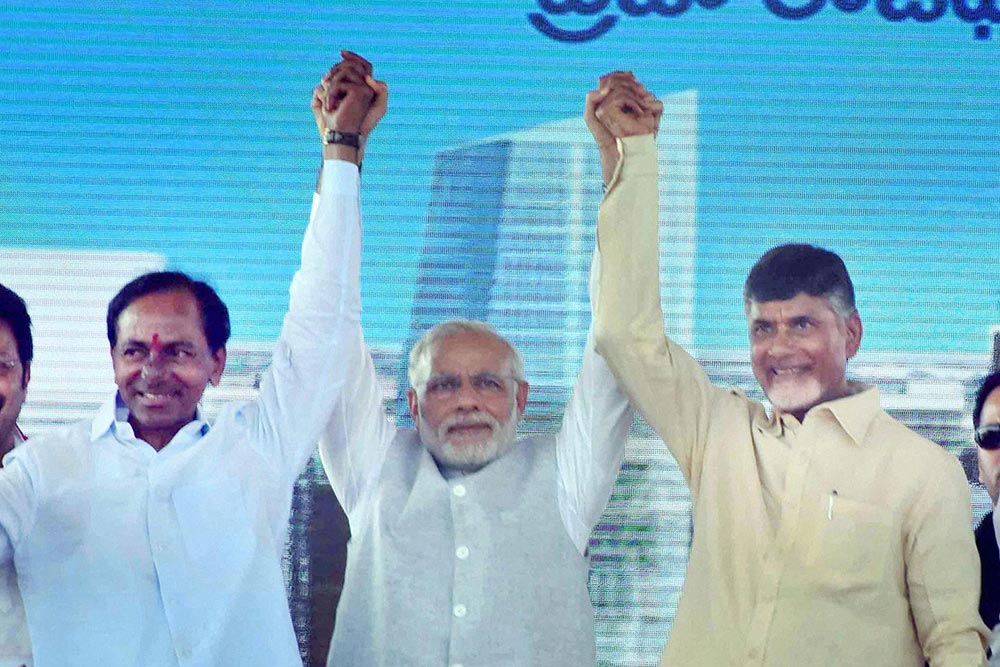 The BJP’s prospects in the two Telugu states—Telangana and Andhra Pradesh (which will also elect its assembly alongside the general elections)—look dim. Carrying an image of a party of the privileged castes, the BJP runs into a queer pitch in these parts where the main regional parties are well entrenched in their respective dominant-caste bases—the ruling Telangana Rashtra Samithi (TRS) among the Velamas and the ruling Telugu Desam Party (TDP) among the Kammas of Andhra, and the Congress and YSR Congress Party (YSRCP) among the Reddys. By all accounts, Telangana remains a stronghold of the TRS led by CM K. Chandrashekar Rao (KCR), while Andhra is bracing for a bitter contest between the TDP helmed by CM N. Chandrababu Naidu and his bete noire Y.S. Jaganmohan Reddy’s YSRCP.

In the recent first round of local body elections covering 4,470 panchayats, 769 sarpanchs were declared elected unopposed, while the TRS bagged 2,629 sarpanch posts, the Congress 920, the CPI 19 and the CPI(M) 32, leaving 756 to others. The trend confirms that the TRS...