Gandhi@150: The Sailors Who Rocked The Empire’s Ship

If Gandhi and other leaders had supported the Royal Indian Navy mutiny, would our history have been different? 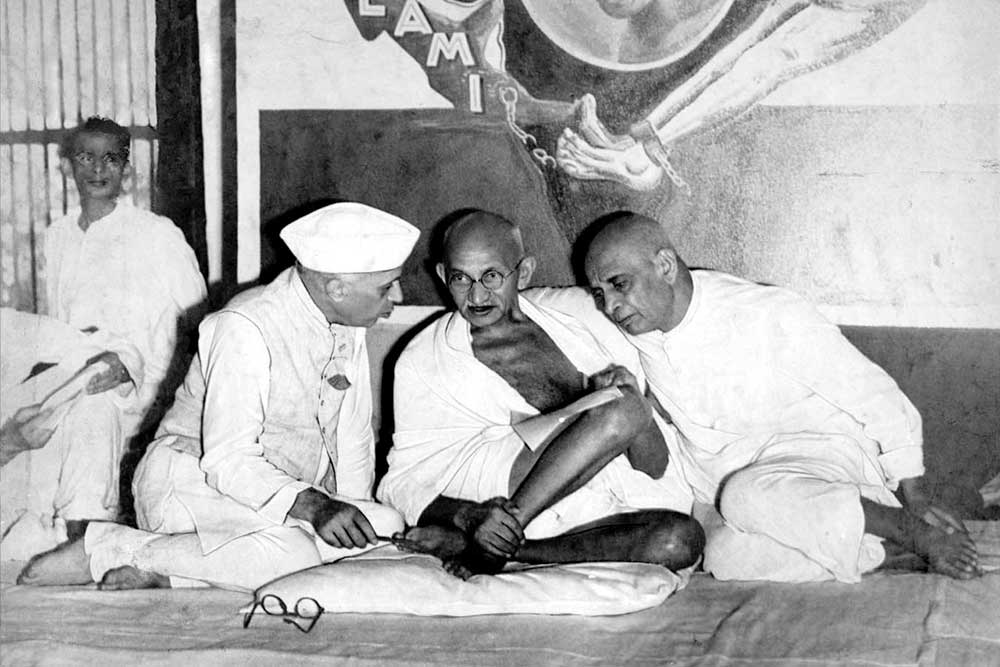 The Rebels
Nehru, Gandhi and Patel at an AICC session in Bombay in 1946

When leaders of the stature of Gandhi, Nehru and Jinnah spoke during the pre-Independence days, there was rarely any voice of dissent among the other leaders who dominated the national scene at that time. It was even more non-­negotiable when it came to Gandhi’s much-vaunted stand on non-violence. In February 1946, a year and half before the country’s Independence, the mutiny in the Royal Indian Navy, which began as an incitement to arms and call for takeover of British naval establishments, was in every respect contrary to all that Gandhi believed in. It was not surprising therefore that the movement was crushed when it was almost at its peak.

The Indian sailors of the HMIS Talwar, a shore signal school in Colaba, Bombay, rose up in revolt on February 18, 1946, sending shock waves across the British establishment. The Indian mutineers were a small group of combatants against the awesome might of the British Empire. But Gandhi and several other ­freedom fighters were ­opposed to it. Why?