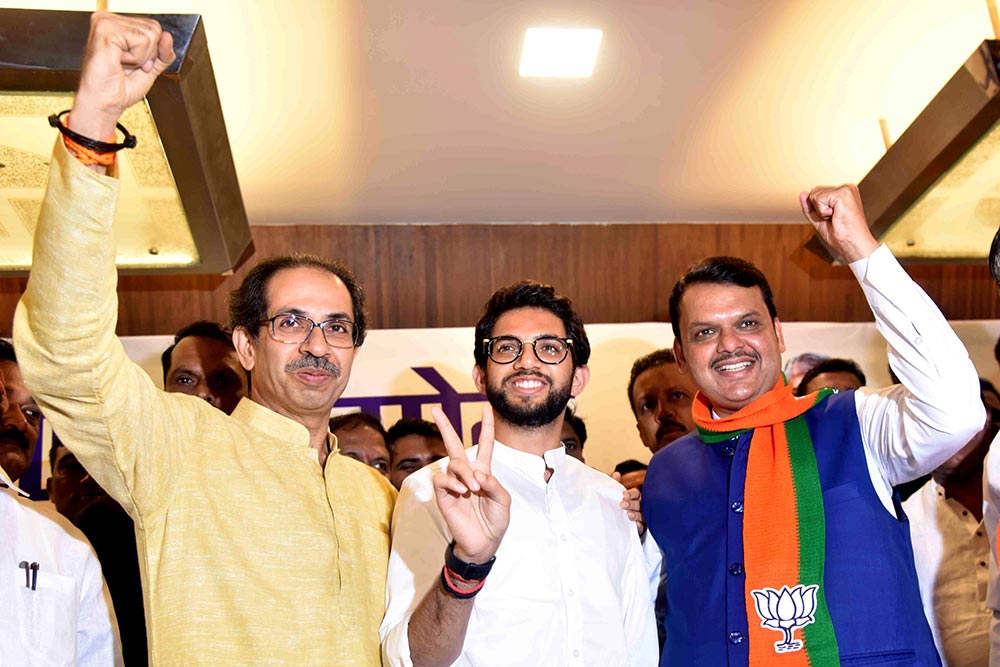 How does a hardcore Hindu right-wing party find common ground with two avowedly secular and liberal parties? Yet, here we are, trying to make sense of the drama unfolding in Maharashtra where two long-time allies broke off over a matter as simple as sharing the spoils of a battle fought jointly. And that, in short, is the crux of the mess in Maharashtra—the Shiv Sena pulling out of the BJP-led alliance and turning to the Nationalist Congress Party (NCP) and Congress in search of potential partners. But, strange bedfellows are not a rare entity in Ind­ian politics. Sworn enemies have built bridges, avowed allies crossed swords and ideological differences have blurred in a relentless quest for power over the years. The post-election high drama in the western state only reinforces the well-known theory that in politics, it’s not over till it’s over.

And none will be more aware of this than the BJP, which app­arently read the