Peacock numbers are rising in India. But the growing population is also leading to increasing conflict with farmers trying to save their crops from hordes of the protected national bird descending on their fields. 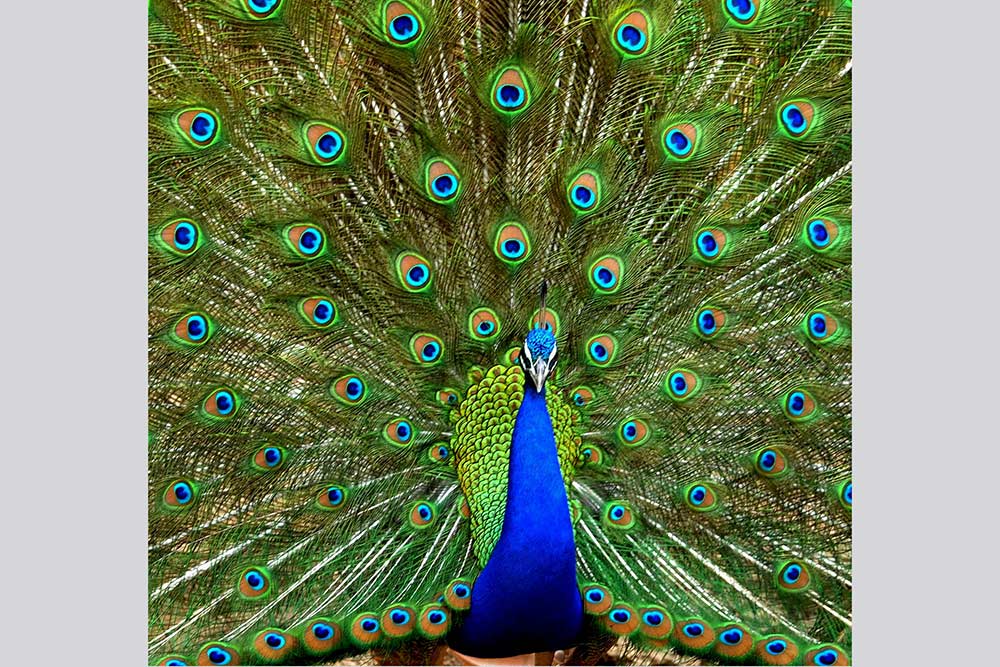 Where sits your blue-throated friend,
whom my dearest used to teach to dance,
clapping her hands with jingling bangles,
at the close of day.

It’s India’s national bird, graceful and majestic, its metallic blue-green plumage a source of inspiration for poets and painters over millennia. The Indian peafowl extensively adorns religious texts and iconographies, shown dancing with Radha and Krishna, who also wears a single peacock feather on his head. And the bird is also the subject of street art and pop culture, given exalted status in Bollywood songs as a metaphor for unbridled joy. And there is even a city called Morena in Madhya Pradesh which is named after the mor, the Hindi word for peacock.

But all is not well with the Indian peafowl— Pavo cristatus—despite their growing numbers, even in areas far from their original breeding grounds. And worse still, the peafowl is hardly discussed in the context of the growing...