With the assembly elections nearing, the CBI, ED, NIA get active against TMC leaders. The reaction? State police ups the ante against BJP. 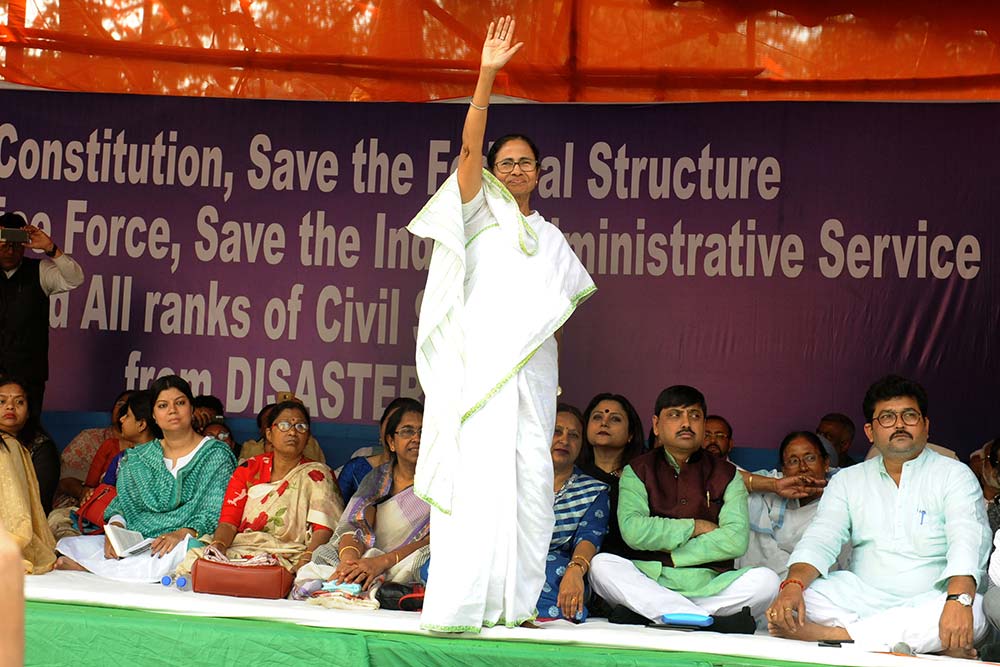 The tocsin signalling frenetic activity before the polls is months away still, but the high notes of bugles, signifying the start of the battle campaign, has started sounding loud and clear. Three central agencies—the Central Bureau of Investigation (CBI), the Enforcement Directorate (ED) and the National Investigation Agency (NIA) summoned, sought papers from and grilled a number of Trinamool Congress leaders since August 24, prompting the TMC to allege that the Centre was using the agencies for “political vendetta”.

On August 24, the ED sent letters to senior TMC leaders, including influential minister Suvendu Adhikary and Lok Sabha MP Aparupa Poddar, in connection with the alleged bribery expose in the Narada sting operation (of 2016). On August 27, the CBI questioned Saradha chit fund scam (of 2013) accused Kunal Ghosh, who was suspended from the Trinamool in 2013, and appointed TMC spokes­per­son barely one month ago. Besides, the Calcutta office of the CBI’s economic offences wing IV—which is probing the chit fund scam—was...