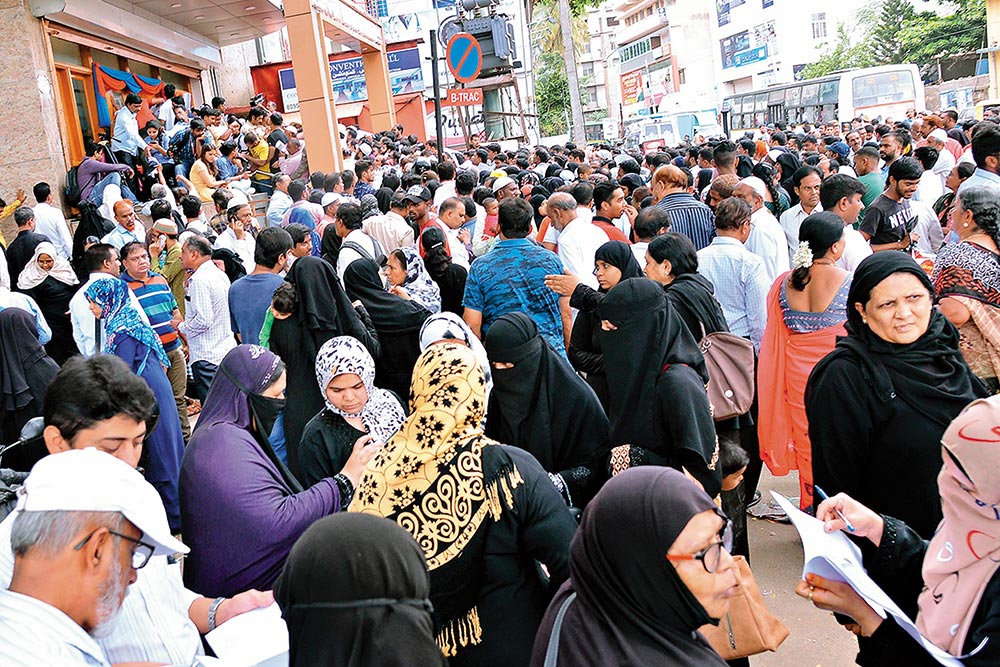 Hope Crash
Investors gather outside the IMA office in Bangalore

A Ponzi scheme gone bust, its promoter on the run and thousands of depositors left high and dry. An all too familiar story has been playing out in Bangalore since the I Monetary Advisory (IMA) group, which promised investors high returns, downed shutters in early June. Every day, scores of people have been queuing up to file police complaints—nearly 42,000 complaints have been received so far, according to a Special Investigating Team (SIT) that has been set up to probe the scam which, estimates suggest, could run upto Rs 1,500 crore.

The unravelling was dramatic eno­ugh—a viral audio message purportedly by the firm’s founder Mohammed Man­soor Khan talking about ending his life and accusing politicians and officials of ruining him. Khan has been absconding since. He surfaced this week with a video message saying he was ready to return to India to face the probe and help pay back investors. Again, he cryptically ‘thanked’ a slew of local politicians and businessmen for his current situation.

The Bangalore police have got his...